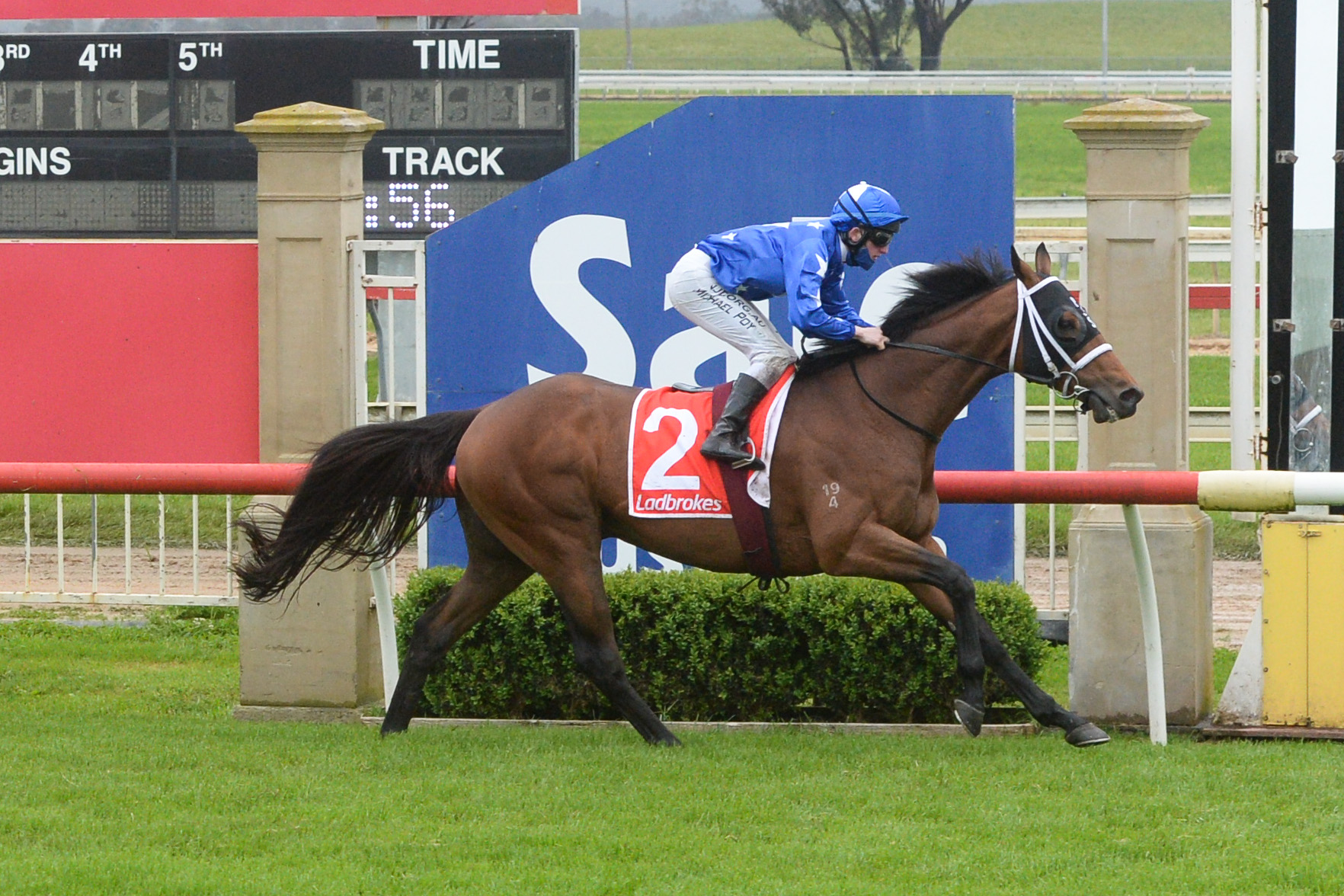 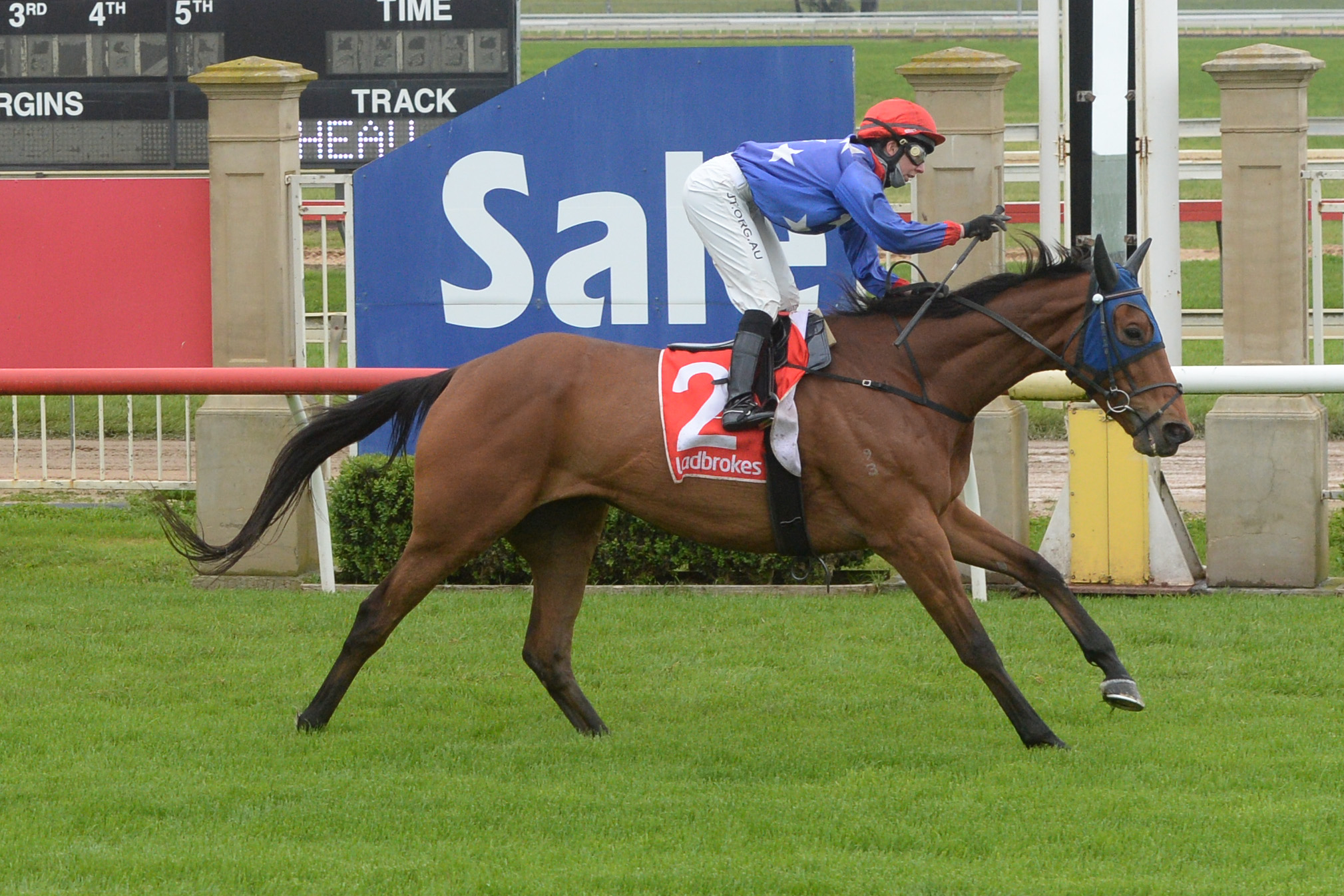 ALL Too Huiying lapped up the heavy track conditions, winning the Sale Cup in dominant fashion on Sunday.

The track was downgraded to “heavy 10” – the heaviest rating – after 22 millimetres of rain fell at Greenwattle Racecourse in the 24 hours leading up to the meeting.

The track had already received 13mm in the days before that.

The weather led to some scratchings, but the day still had quality fields.

“The feedback was really positive from everyone who participated, that we actually go the meeting going,” he said.

“It’s a credit to the staff.

The track will undergo its annual renovations before the next meeting at Greenwattle on Sunday, December 20.

There are hopes club members and sponsors will be able to attend that meeting, should the state government ease coronavirus restrictions further.

Attendance to the track on Sunday was restricted to race participants and officials, as well as regionally-based horse owners, whose stay was limited to when their horse was racing.

All Too Huiying, trained by Phillip Stokes at Pakenham, made an early bid to be the country horse of the year, claiming the $200,000 listed Sale Cup, a week after winning the Seymour Cup.

Elvaric, trained at Sale by Susie Wells, went to the lead in the 1600 metre race and looked to set the pace, with All Too Huiying, with Michael Poy in the saddle, settling in third place.

Legionnaire challenged as the field compacted before the main turn.

The field spread across the track entering the home straight before All Too Huiying kicked away to win by five lengths from Exasperate, and collecting the $120,000 first prize.

The tote had odds of $8 for the six-year-old son of All Too Hard to win. Race favourite Phasistos, trained by James Cummings, finished third.

Elvaric finished sixth, a place behind the other local horse, Plymouth Road, trained by Mario Farrugia.

Success continued for Stokes in the next event, race eight, the benchmark 70 handicap over 1200m, with four-year-old mare Tan Tat Harmony, ridden by Daniel Stackhouse, producing a big finish to claim a third consecutive victory.

Finishing one and a quarter lengths was Cliffs of Belaura, while Love Broker was well back in third.

Returning to racing following a 17-week spell, All Price ran down Marius in the home straight to win by two and a half lengths. Hasseltoff finished third.

Hunter and Cartwright won the final race of the day, a heat of the Melbourne Cup Carnival Country Series over 1400m, with High Excalebration.

High Excalebration went head-to-head in the straight with Indian Lilly, but the five-year-old mare lifted to win by neck and claim the $55,000 winner’s purse. Melodeon finished third.

The mare has two wins, a second and two thirds from this preparation, and has now qualified for the final of the cup carnival country series, to be held at Flemington on Oaks Day next week.

Also booking a spot in the final during Melbourne Cup week is Meteorite, who won race four, the VRC Grand Handicap ballot exempt race over 1000m.

Trained by Tony and Calvin McEvoy at Flemington and ridden by Luke Currie, the four-year-old gelding was too good, leading all the way and winning by two and a quarter lengths. The horse will race in the final on Stakes Day.

In second place was The Crusha with Aluf third.

Starting a $26 chance, the seven-year-old gelding, ridden by Carleen Hefel, settled in second place behind Hazard Ahead, trained at Moe by Darryl Blackshaw, but as the pace lifted, made a move on the main bend.

Alientated notched an eighth win from 59 starts by two and a half lengths from Sasson – ridden by Poy for another Sale trainer, Rebecca Kelly – who finished strongly in the straight along the outside rail.

Murray and Hefel finished second with Last Dance in the preceding race, the 1600m benchmark 65 handicap.

After winning the start, Last Dance had a great finish to get within three-quarters of length of winner Music of the Night, trained by Pat Carey at Mornington and ridden by Patrick Moloney. It was the first win since December 2018 for the six-year-old mare.

The day began with Shelby Cobra, trained by Michael Moroney at Flemington and ridden by Mark Zahra, winning the three-year-old maiden plate over 1400m.

The three-year-old gelding won by three and a half lengths from Seb Song, with Sly Corner third.

Stutchbree Stamp produced an eye-catching run to win race two, the 1400m four years and over maiden plate, on debut.

The four-year-old gelding, trained by Peter Moody at Pakenham and ridden by Luke Nolen, went to the lead out of gate one, maintained the inside line and kicked away in the straight to finish four and a half lengths clear of Seneca Falls. In third place was Stratum’s Reward.