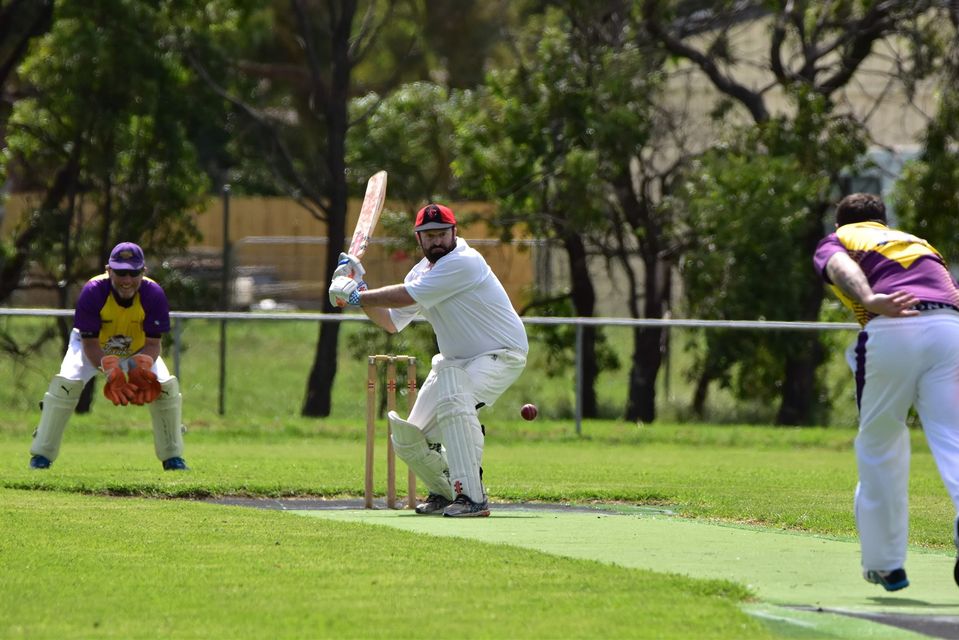 WHILE the Sale-Maffra Cricket Association season is still yet to get a start in the senior grades after a second consecutive washout, there was better news for the southernmost cricket team in Wellington Shire – with the newly-formed Yarram and District Cricket Club playing its first game for premiership points.

The Pelicans recorded a historic win on debut in the Traralgon and District Cricket Association, chasing down a sizeable total against Traralgon Imperials.

Like many Gippsland cricket associations, the TDCA decided the play a round of matches on Friday on the Thank You Day public holiday. Local players welcomed the scheduling, as it not only allowed matches to be played before the weekend rain, but also gave them a chance to enjoy a whole weekend away.

With Yarram Recreation Reserve having a synthetic wicket, the Pelicans found themselves playing at Stoddart Oval, Traralgon – home of Gormandale Cricket Club.

After winning the toss and electing to bat, Imperials got off to a strong start, with Ryan Morley and David Pryde putting on an opening stand of 74.

Yarram’s Jack Collins, who has joined the club from Leongatha and District team Nerrena, had the distinction of taking the first wicket for the Pelicans when he dismissed Pryde for 27.

From there, Imperials ticked the runs along, with Morley making 55, Zac Tactor 39 and former SMCA representative Connor Hughes 25.

At 5-179, Imperials lost a flow of wickets trying to push the total up around the 200 mark – which they were successful in doing as they closed at 8-205 after their allotted 50 overs.

Brett Pedlow finished with figures of 3-34 and Daniel O’Keefe 3-42 to lead the way for the Pelicans.

In reply, Yarram kept its run rate where it needed to be in the early stages, with Pedlow scoring 51 opening the batting.

When Scott departed the Pelicans were 2-95 at virtually the half-way point of the innings.

Yarram took a cautious approach during the middle third, and found itself in a tricky situation at 5-122 after Pedlow and Anthony Bland were dismissed within three balls of each other.

At the 40-over mark the Pelicans still needed 68 to win, and would have to go at better than a run-a-ball to be any chance.

Things looked more improbable when the side slipped to 7-149, which took the equation up to 57 runs off 35 balls.

Number eight batsman Brayden Askew and number nine Welles Jenkins put on a critical 30-run partnership late in the piece, which included a 12 run over in the 47th.

After Jenkins was dismissed, Askew and new batsman Collins took the game by the throat as they took 15 runs from the penultimate over.

Askew smashed two boundaries including a six, and also took a single off the last ball to ensure he retained the strike for the final over.

Needing 10 to win, Askew got the job done with two balls to spare, with a four off the second ball of the over allowing him to noodle the remaining runs into gaps.

In more good news, the Pelicans second grade team also recorded a victory on debut, and fittingly, were able to do it on their home turf at Yarram Recreation Reserve.

The win marked a new dawn for the sport in the town, as cricket had not been played at Yarram since 2017.

Taking on the Pelicans nickname, the club has blue as its main colour, in keeping with the nickname the ACA team had when it played representative cricket and travelled to Melbourne for Country Week.

A number of Yarram-based players wanting to play A grade played in the TDCA last season, and now that there is a club closer to home, the incentive is there for the club to have strong numbers from first grade to third grade.

In a pleasing sign for the good of the game, six Yarram players that took the field at the weekend were cleared from rival TDCA clubs during the off-season.

It is hoped a turf wicket will be installed at Yarram Recreation Reserve in the near future.