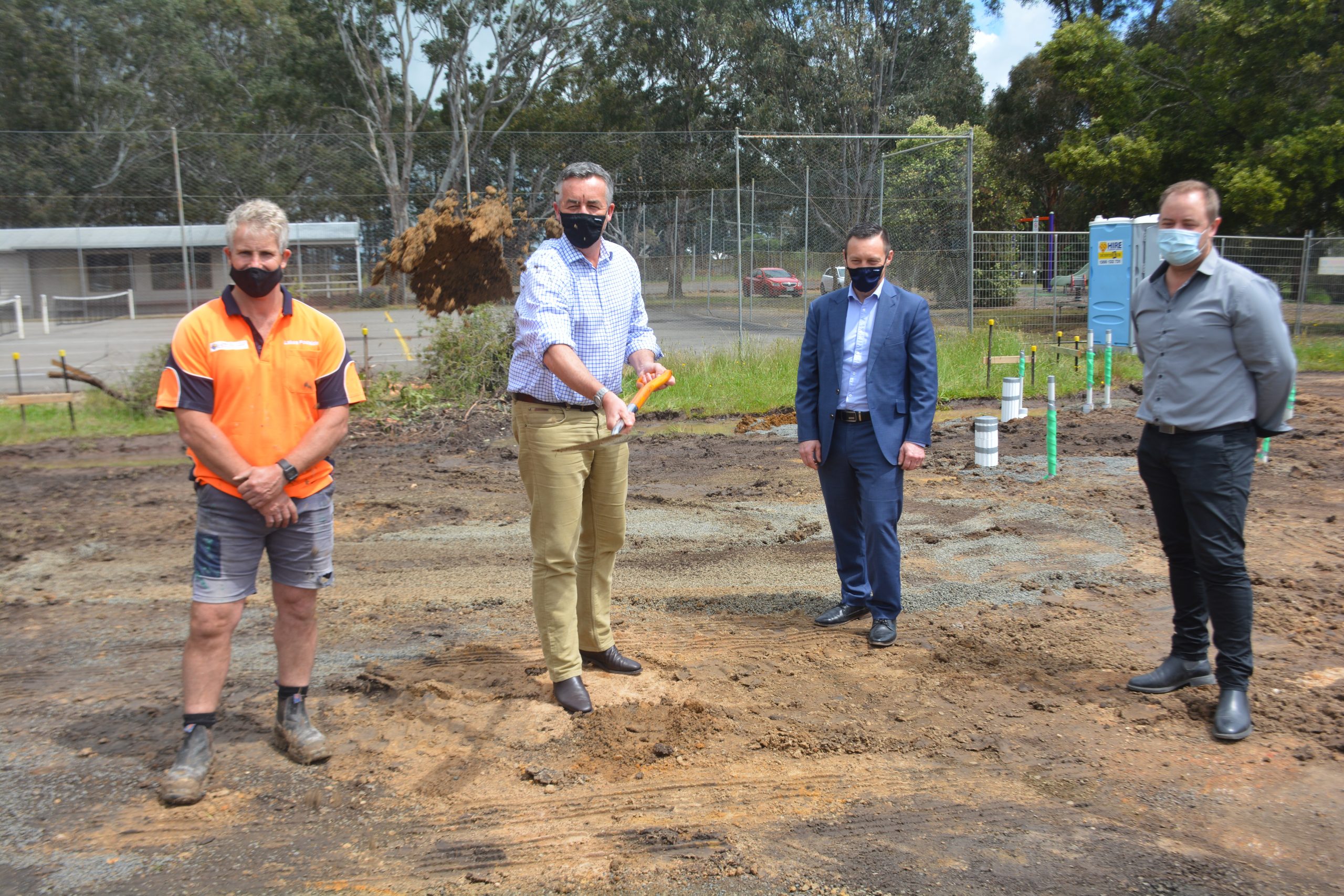 A NEW public hall will be built in Flynn.

The new facility will replace the current dilapidated public hall, and will feature a spacious layout, kitchen and modern amenities.

Many community groups will benefit from the upgrade, including the local tennis and badminton clubs who use the hall as their headquarters.

For a fairly secluded location, Flynn has a thriving badminton competition, and the new hall will facilitate this with the construction of a designated badminton court.

The hall is also frequented by the local Country Women’s Association and Landcare, and is rented for functions such as birthday parties and dances during the year.

Somewhat ironically, the old hall will be demolished next year, just as it is set to celebrate its centenary, with the new hall to be built at the back of the current one.

Flynn Public Hall committee president Rohan Murray said an upgrade had been eight or so years in the making.

“It’s fantastic – it’s going to be great for the community,” he said.

“It’s got to the point where it [the old hall] is virtually redundant. It is starting to rot from underneath, so it will be good to have something for the whole community to use.

“People think no one lives here, but it’s surprising how many people live around the area.”

The halls committee began by holding ‘Flynn balls’ to raise money, before receiving a significant boost from the federal government – which provided $1.2 million through its Drought Communities Program – $800,000 of which will go toward the hall, and $450,000 for auxiliary works to the neighbouring Flynn Recreation Reserve.

Gippsland MHR Darren Chester recently turned the first sod at the site for the new hall, and paid tribute to the community which had worked hard to see it come to fruition.

“It will be a modern building that will bring together people from the surrounding area for local events and functions,” he said.

“Along with the improvements that will be undertaken at the reserve, the new hall promises to further unite the community.”

While technically in Latrobe City, Flynn sits virtually at the gateway to Wellington Shire, just past the edge of Traralgon East.

Latrobe City Council chief executive Steven Piasente said the project had been identified as a priority.

“This project is one that had needed to be done for quite some time, so it’s great to see work is underway,” he said.

“The main elements of the projects are rebuilding the hall, upgrading tennis courts and refurbishing the public toilet facilities.”

Langden Constructions of Traralgon will build the hall, with a completion date set for March 2021.