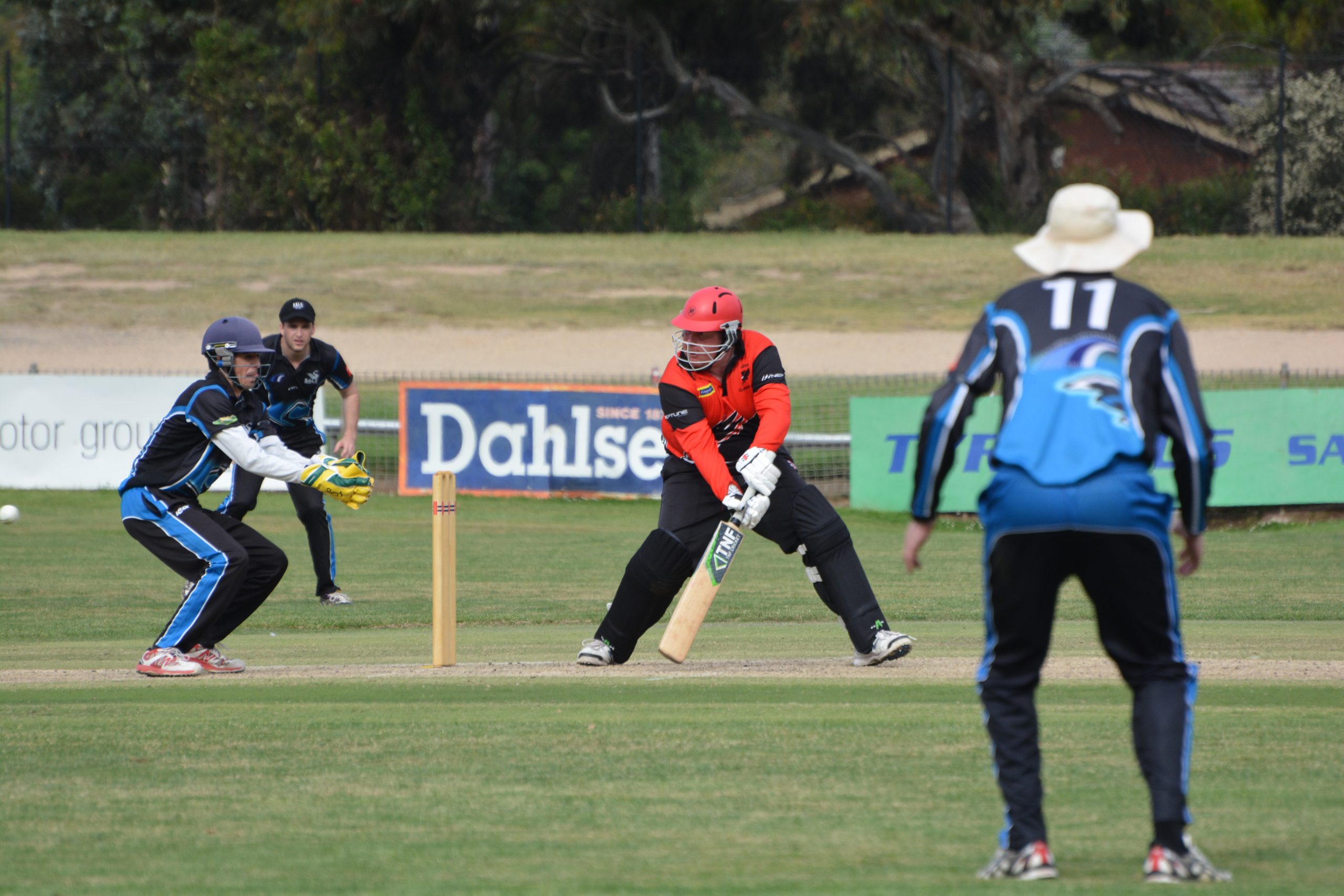 PULSATING chases and freak occurrences highlighted round six of Sale-Maffra cricket on Saturday.

Of the four matches, two weren’t decided until the final over, while another wasn’t until the 38th.

MAFFRA remains the only unbeaten team after knocking off reigning premier Sale.

The Eagles got home by one wicket in the final over, with Ben Durrant hitting the winning run amid a huge sigh of relief in the Maffra camp.

Playing at Sale Oval, Maffra fancied its chances with the ball and elected to bowl first upon winning the toss. Sale was 4-51 before the first sanitising break and needed a partnership to build some sort of score.

Matt Raidal and Ben Jones knuckled down and put on 104 for the fifth wicket. The pair batted virtually the entire second session, with Raidal grinding out a determined half-century and Jones smacking 71 from 49 balls.

After Jones was dismissed with five overs remaining, Raidal batted through the innings and got the Swans to a total of 6-176.

Bedggood hit the second ball he faced off Nicholas for six, and smashed another boundary a few balls later. It was Nicholas, however, who had the last laugh, as he dismissed Bedggood for 12 to get the Swans their first wicket.

Brett Lanigan and Josh Davis combined for a 68-run partnership and looked set before the latter was dismissed for 24.

Three balls later, Lee Hopkins was run out, and things only got worse when Zac Durrant departed to leave Maffra 4-87.

With momentum going Sale’s way, Lanigan provided the cool head under pressure and batted his way through the storm to compile a gritty 55.

Cooper Bailey was also up to the task and made a vital 36 to get Maffra within touching distance of the required total.

Mitchell Bennett secured a plus-10 over for Maffra, hitting a six and a four to help the cause, as he scored 28 batting at number eight.

When Bailey was dismisdsed in the 36th over, the Eagles needed a tricky 16 runs with time of the essence.

Bennett tied the game with a boundary in the second last over, bowled by Darren Marks, but was dismissed trying to bring up the winning runs with two balls remaining.

Marks then snared a wicket with the final ball of his over, meaning scores were still tied, with Maffra needing one run with one wicket in hand.

The Eagles then scampered the golden run with the first ball of the final over.

OF all the things to happen in a game of first grade cricket, no one in their right mind would ever think a 16-year-old kid batting at number 11 would hit the second last ball of the game for six to win the match – but that is precisely what happened at Bundalaguah.

Stratford’s Seb Pendergast sent a towering maximum over cow corner between the clubrooms and nets to see the Redbacks home.

Given what had happened earlier in the day, the chances of a Stratford victory were minimal at innings break after the Bulls had gone on a run feast to compile 4-246.

Jason Langshaw and Mat Dowsett sent the ball to all parts, with Langshaw scoring 43 from 58 balls.

Dowsett went on a slog-a-thon, hitting everything in the middle to make a breathtaking 118 from 83 balls.

Needing to remain positive, the Redbacks went out to bat with freedom in the knowledge no one really expected them to chase such a mammoth total. Those coming to the wicket for Stratford all did their job, with a number of players scoring vital 20s and 30s as they ate away at the total.

Heading into the final over, Stratford needed four runs to win. Pendergast tied the game with two balls remaining, before sending the winning runs over the fence.

For the Redbacks to chase a total of that size with only one player making 50 was truly a team effort.

BOISDALE-BRIAGOLONG made it back-to-back wins with a close victory over Rosedale-Kilmany.

The Warriors made 5-147 from their 40 overs, with Brad Scott top-scoring on 64. The Diamond brothers Adam (29) and Rohan (25) also made contributions.

In reply, Boisdale-Briagolong left it late, but secured the points with 12 balls remaining.

Toby Leeds led the way with 64, along with Tom Langshaw who scored 28.

Scott completed a good all-round game with figures of 3-33.

The Lizards batted first but could only manage 106. A few players got starts without pressing on, as Tom Morrison, Charlie Morrison and Mark Nicholls took a pair of wickets each for Collegians.