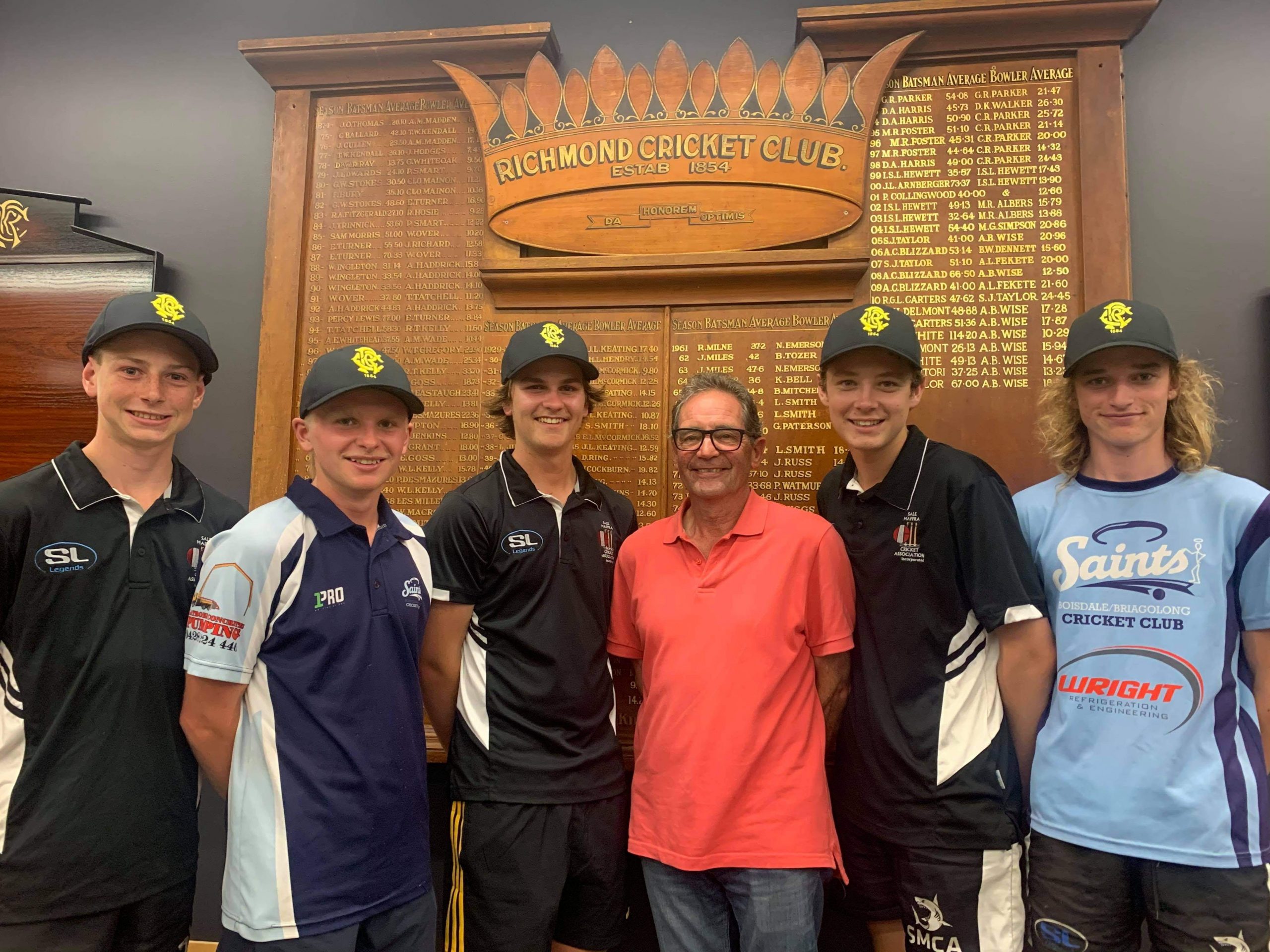 All five have played representative cricket together for SMCA, winning both their under 14 and under 15 Junior Country Week titles, the latter with Tom Wrigglesworth in the side.

With no Country Week competition, Gippsland Cricket League or Youth Premier League pathway for the under 16 age group this season, it seemed there would be no opportunity for the youngsters to play at the top level. However, the Melbourne Premier clubs resurrected the Dowling Shield to continue the youngsters’ exposure to representative cricket, and further develop academy players.

The boys came to the attention of Richmond senior coach Shannon Young, through former Tigers player and coach Ian Simpson, who has retired to Bundalaguah, where he lives overlooking the cricket oval and spends his spare time coaching SMCA players.

Simpson has been coach for each of the JCW wins, and was delighted they have been picked up by Richmond.

The SMCA youngsters went through two selection training trials with players from club cricket across Melbourne before the final squad was announced. The selection has also earned the boys’ entry into the sought-after Richmond Academy.

The five SMCA Richmond players were invited to train with the men’s first grade team on Thursday night before the full under 16 squad was presented with their caps by captain Dom Matarazzo and Simpson, after a welcome from Young.

Young told the boys they were now considered part of the Richmond family and explained the value the club placed on bringing the youth squad through this pathway, and developing them as young men, not just elite cricketers.

The next Dowling Shield round is on January 27, when Richmond will play Melbourne, with the remainder of the rounds being held in February.

There will be no official ladder for the competition.

All the SMCA juniors currently play both under 16 and first or second grade games for their SMCA club.