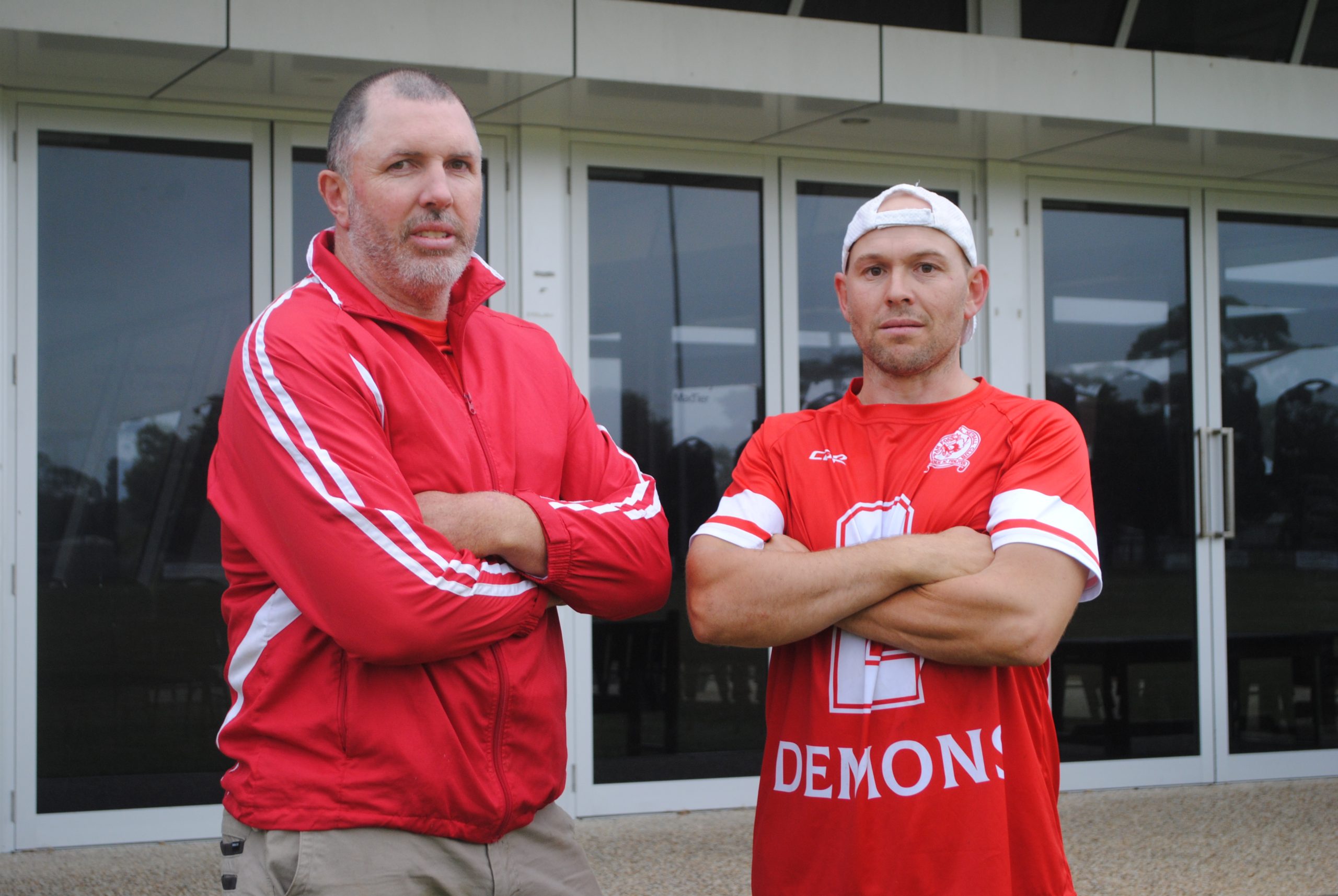 YARRAM Football-Netball Club players have been hard at work during pre-season, in readiness for the 2021 campaign.

The Demons will be looking to continue their strong record of recent years in senior football – having played in the past three North Gippsland FNL grand finals.

Likewise, the netball department will be aiming to continue on the upward trajectory after a preliminary final appearance in the last completed season.

The club was buoyed earlier this month by hometown heroes Josh, Kyle and Lara Dunkley taking a break from their professional playing commitments to help with training sessions.

The brothers also used their time back home to help out the Yarram and District Cricket Club – suiting up for a few games.

Josh and Kyle even played alongside father and Sydney Swans hall of famer Andrew in a match. Dunkley senior showed he still has it, outdoing his sons to score an innings high 75.

Yarram senior coach Justin Staley said it was great to have players the calibre of Josh and Kyle involved with the playing group.

“It was good them training the young boys, showing what you have to do to get to the top,” he said.

“Preseason has been good, had plenty of numbers and everyone is pretty excited to get back into it.”

Moving into 2021, Staley said the Demons would be aiming to make amends for the runner-up finish to the 2019 season.

“We’re trying to stay up there and be competitive with everyone else, stay in the top rung and try and go one better than last time,” he said.

Staley predicted reigning premier Churchill would again be tough opposition, and also expected Heyfield and Rosedale to be among the teams to beat.

Key inclusions for the Demons next season will be Boadie Motton and Foster premiership player Callan Vandyke.

Motton, a former Gippsland Power player, has spent time at VFL club Box Hill, while Vandyke most recently played in the Mornington Peninsula-Nepean league – often regarded as having the highest standard in country football.

Yarram is also hopeful key position player Ben Vardy is right to go on return from an ACL injury.

Yarram will play new club Yallourn-Yallourn North in the first round next season.

Onlookers will be watching with interest to see if the Bombers are able to enjoy as much success in a new league as Yarram.

Since crossing in 2014, the Demons have never gone through a season losing more games than they have won.

Staley is continuing in the coaching role after being appointed for the cancelled 2020 season, and given his history with the club, will have a sound knowledge of the list at his disposal. He was a member of the selection panel in recent grand final years, and also took on the reins as head coach for a few weeks in 2018 when then coach Matt Scholz was unavailable because of illness.

It will well and truly be a family affair for the Staleys, with Justin’s wife Stacee going into her fourth season as A grade netball coach.