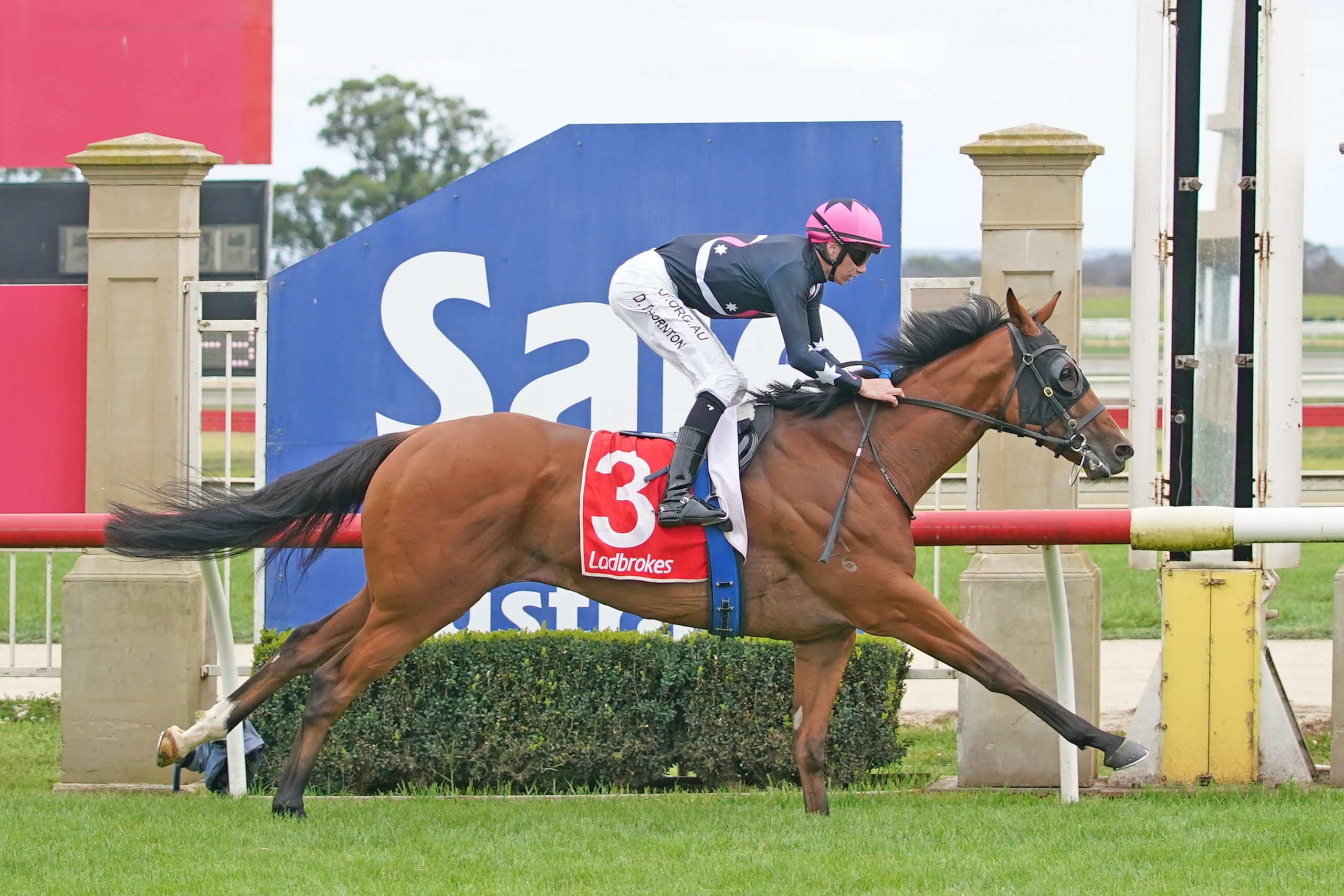 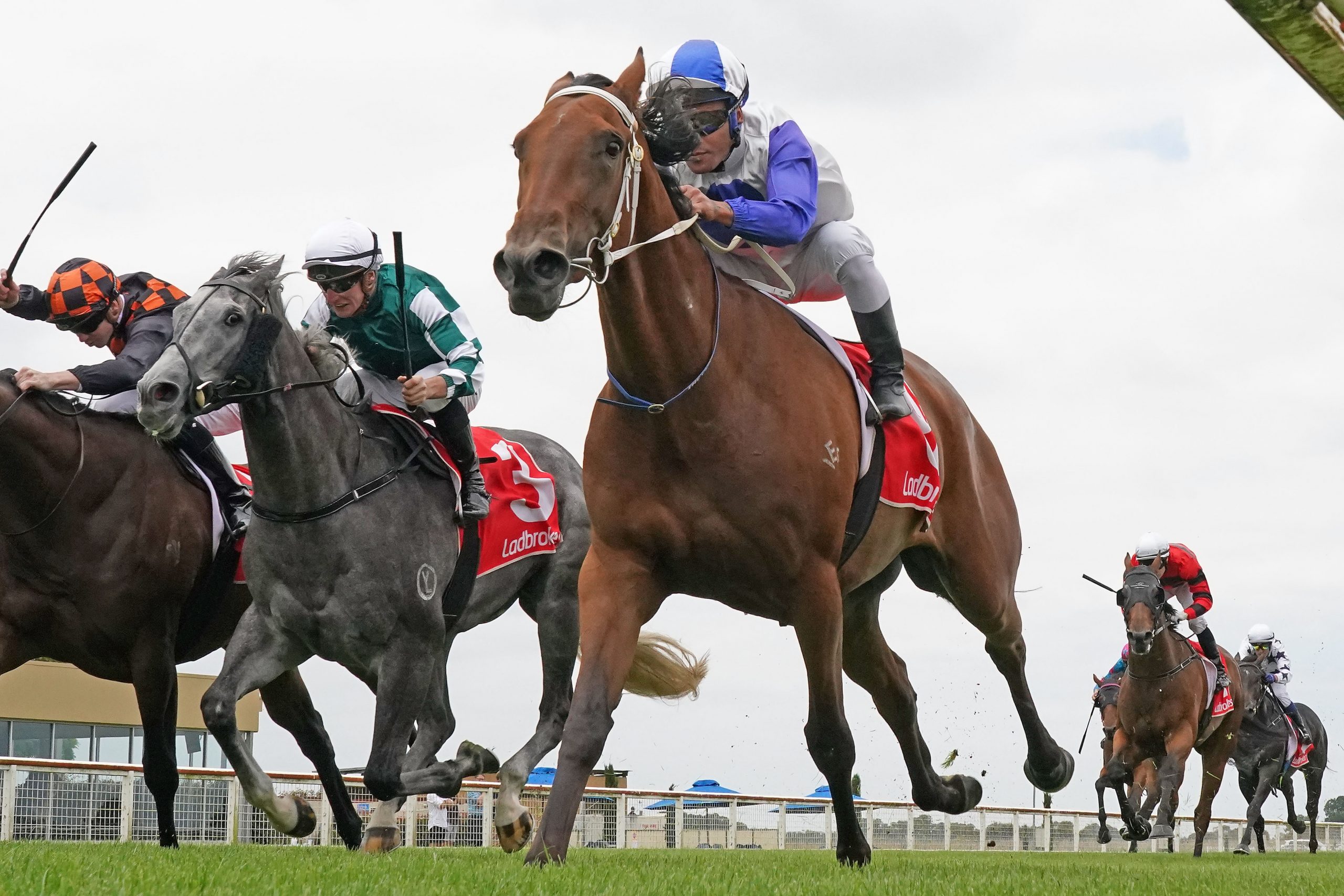 But locals were cheering on Queen Annabel, who finished second in the 1200 metre race for Sale trainer Rebecca Kelly.

Having placed second at Moonee Valley this month, the seven-year-old mare, with Kate Walters in the saddle, was rewarded after following Open Minded for much of the race.

Coming off a win at Caulfield earlier this month, Open Minded, trained by Anthony and Sam Freedman at Mornington and ridden by Damien Thornton, controlled the race, taking the lead early ahead of favourite Shotmaker.

The four-year-old gelding opened up his lead in the home straight and won by two and quarter lengths, claiming a fifth victory from 10 starts as well as the $33,000 winner’s cheque.

Michael Walker rode the three-year-old filly to her first win from four starts, following a third placing at Mornington three weeks ago.

Starspangled Baby led throughout, holding her position along the fence, and when challenged by favourite Yulong Shout, trained by Tom Dabernig and Ben Hayes, in the home straight, found a late burst to win by three-quarters of a length.

In his best run from three starts, the four-year-old gelding led into the home straight along with Trolove’s Ripper Effort, who finished fifth.

The race was won by Spanish Tides, trained by Luke Oliver at Cranbourne and ridden by Daniel Moor. The four-year-old mare worked her way into space in the straight, and kicked on to win, three and a quarter lengths clear of favourite I Am Beautiful.

Jimenez led most of the race, but the margin was reeled in by Hillcrest Moses, reducing to a head by the post.

Seven-year-old gelding Billet Doux took out race nine, the 1600m benchmark 58 handicap, with a strong finish, winning by one and a half lengths from Kiptanui.

Elvaric, trained at Sale by Susie Wells, led into the home straight, but faded to finish fifth.

Rain during the week had the Greenwattle track rated “soft five”, but it began Sunday’s meeting “good four” before being upgraded to “good three” for race six.

Daniel Stackhouse had a riding double, beginning in the race two 1100m maiden plate on Opposing.

The four-year-old gelding, trained by Phillip Stokes at Pakenham, won on debut by one and three-quarter lengths from favourite Prince Of Mercia.

Winning by a head after returning from a 37-week spell, the four-year-old mare now has two wins from three starts.

Over There flew home and almost stole victory.

Race four, the 1200m fillies and mares maiden plate, was won by Grizinger Strasse, trained by Jason Warren and Dean Krongold at Mornington and ridden by Beau Mertens.

The three-year-old filly moved to the lead out of the gate, and made sure of victory with a good run in the straight.

Fast-finishing favourite Perfect World passed Ol’ Dollor in the shadow of the post, finishing a head short of the winner.

The three-year-old filly moved to the front early, with the favourite too good, winning by a length from The Sisters.

The next meeting at Greenwattle will be on Friday, February 12.