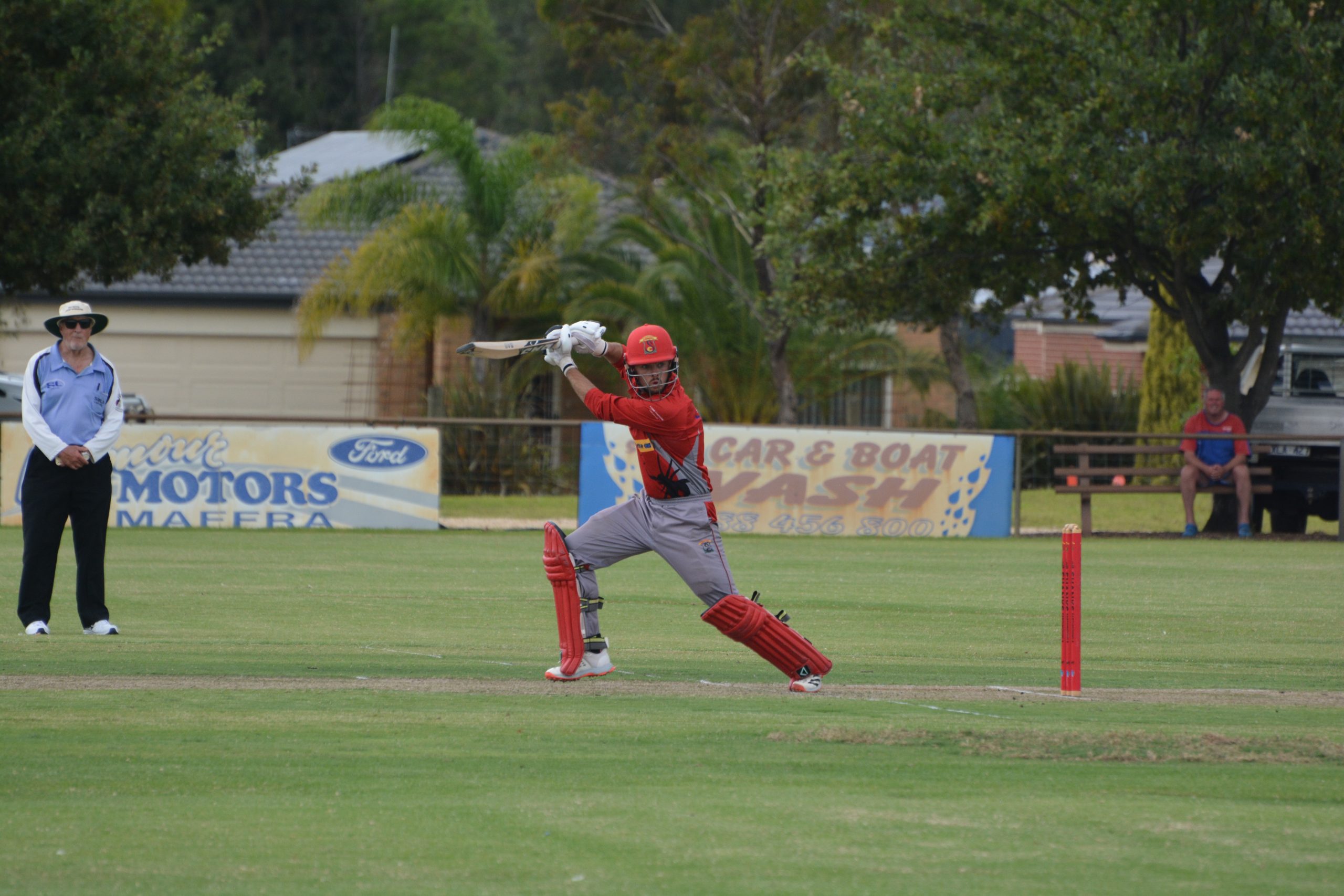 STRATFORD will play Maffra for the Sale-Maffra Cricket Association first grade premiership after both held on in tight semi-finals at the weekend.

Just seven runs was the total margin of victory in the two first grade semi-finals, with Stratford defeating Boisdale-Briagolong by just two runs and Maffra finishing five runs ahead of Collegians.

Both matches went into the 80th over, with the result in doubt before the conclusion.

While this season has become a one-day competition, rain forced both semi-finals into a second day, making the most of reserve day provisions for the finals.

The man on strike was Ned Sutton, the bowler Bohdi Walker, who had claimed a wicket with the first ball of the over. It was to be the Redbacks’ day, with Sutton run-out, in a bid to gain the winning runs.

Two balls after play resumed, Mick Roberts was caught behind for 39.

Players went off for rain a second time, with the visitors 2-106 from 27 overs, seeing play end for the day.

Needing to score at a rate of about five runs an over to win, captain Dylan Bolton kept the Saints in the game, until he was bowled in a penultimate over by Jack Tatterson for 22 from 22 balls.

This left Louis Howard and Liam Hurst to get the 11 runs required from the final nine balls.

They only took two runs off that requirement before Walker bowled Howard with the first ball of the final over. Sutton scored two runs on three consecutive deliveries, but the Saints couldn’t get over the line.

The Redbacks’ winning total on Saturday was set-up by 76 from captain Taylor Tatterson, with support Walker (23), Ben Channing (19) and Jack Tatterson (18).

Humid conditions and cloud cover tested the batsmen early, with the Redbacks 2-16 with wickets from Mann and Howard, before Taylor Tatterson led the recovery effort.

Bolton and Sutton helped restrict the chase to a reachable target, each claiming two wickets.

COLLEGIANS appeared to be in a good position against Maffra, but the Eagles kept the pressure on when it counted.

Having restricted the home side to 9-134, College was 3-72 when rain ended the day’s play in the 19th over of its innings.

Captain Zac Hurley and Tom Morrison gave the innings a good start, putting on 59 for the first wicket until Hurley was trapped leg before wicket by Ben Durrant for 30. When Durrant had Morrison stumped for 26, College was 2-67.

Needing 68 runs to win with just over 20 overs to bat on Saturday, Issac Love resumed play on six before being run out for 20.

The seventh wicket partnership of Jayden Allison and Stuart Anderson looked to have Collegians in prime position, but needing nine runs to win from 15 balls, Anderson was run out for 12.

At 7-126, College still had the edge. However, after three runs was added to the total, the momentum swung back to the Eagles.

On the first ball of the 39th over, Tim Dessent was run out. Four balls later and without a run added, Jed Malone was caught behind of David Griffiths bowling.

Hamish Nettleton was called up to bowl the final over, with Collegians needing six runs to win with one wicket in hand. Only one ball was needed, as captain Josh Davis caught Allison to send the Eagles into the grand final.

On Saturday, after Daniel Bedggood was bowled on his first ball by Mark Nicholls, Brett Lanigan and Davis saw the Eagles to 36 before Lanigan was caught off Tom Morrison’s bowling for 15.

Davis and Lee Hopkins added 43 runs for the third wicket before the latter was run out for 16.

Zach Durrant and Mitch Bennett added what turned out to be valuable runs, 13 and 10 respectively.