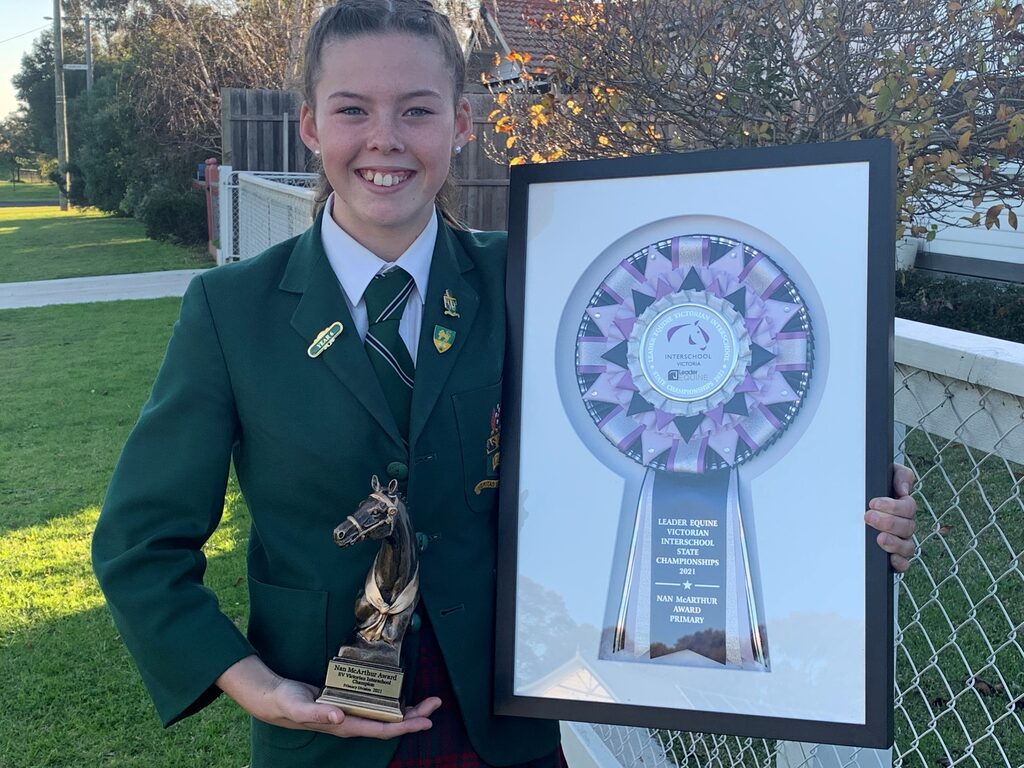 Brown visited Xanthe at Gippsland Grammar St Anne’s Campus to make the presentation, praising her efforts over the five days of competition.

Brown said students from across the state came together to compete in a wide range of Olympic and non-Olympic disciplines, including dressage, jumping, combined training, show horse and novelties.

“Someone of Xanthe’s age … could arguably be included in a pathway to representation at the 2032 Olympic games,” he said.

But for now, Xanthe is just aiming for interschool nationals in September.

“I’ve wanted to get to nationals ever since my brothers have been to nationals,” she said.

Xanthe and her horse Paris are part of Gippsland Grammar’s equestrian team.