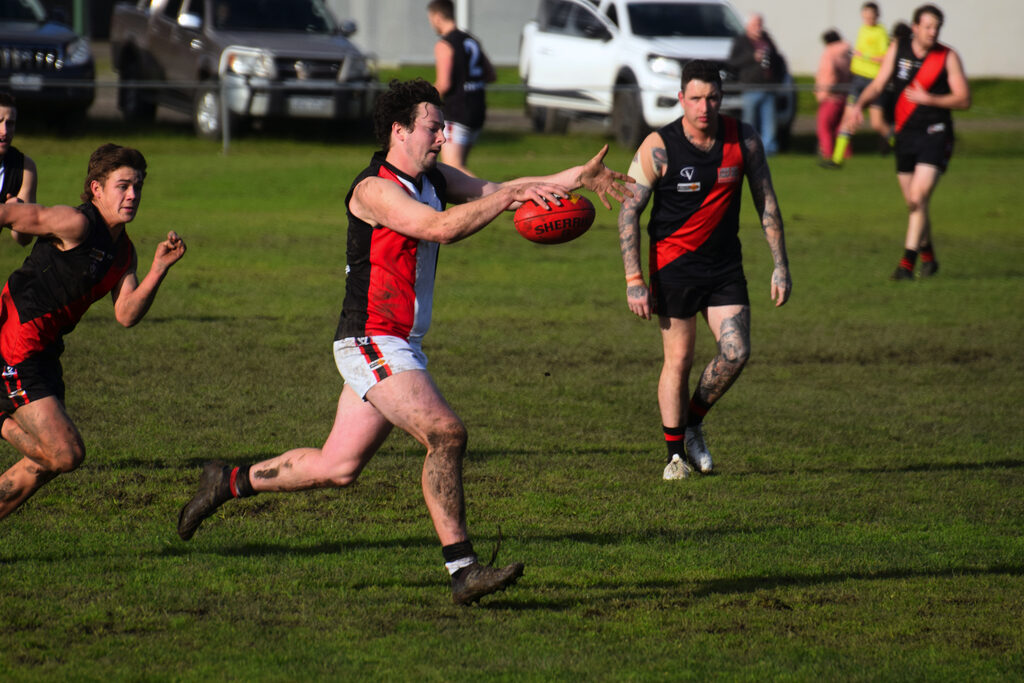 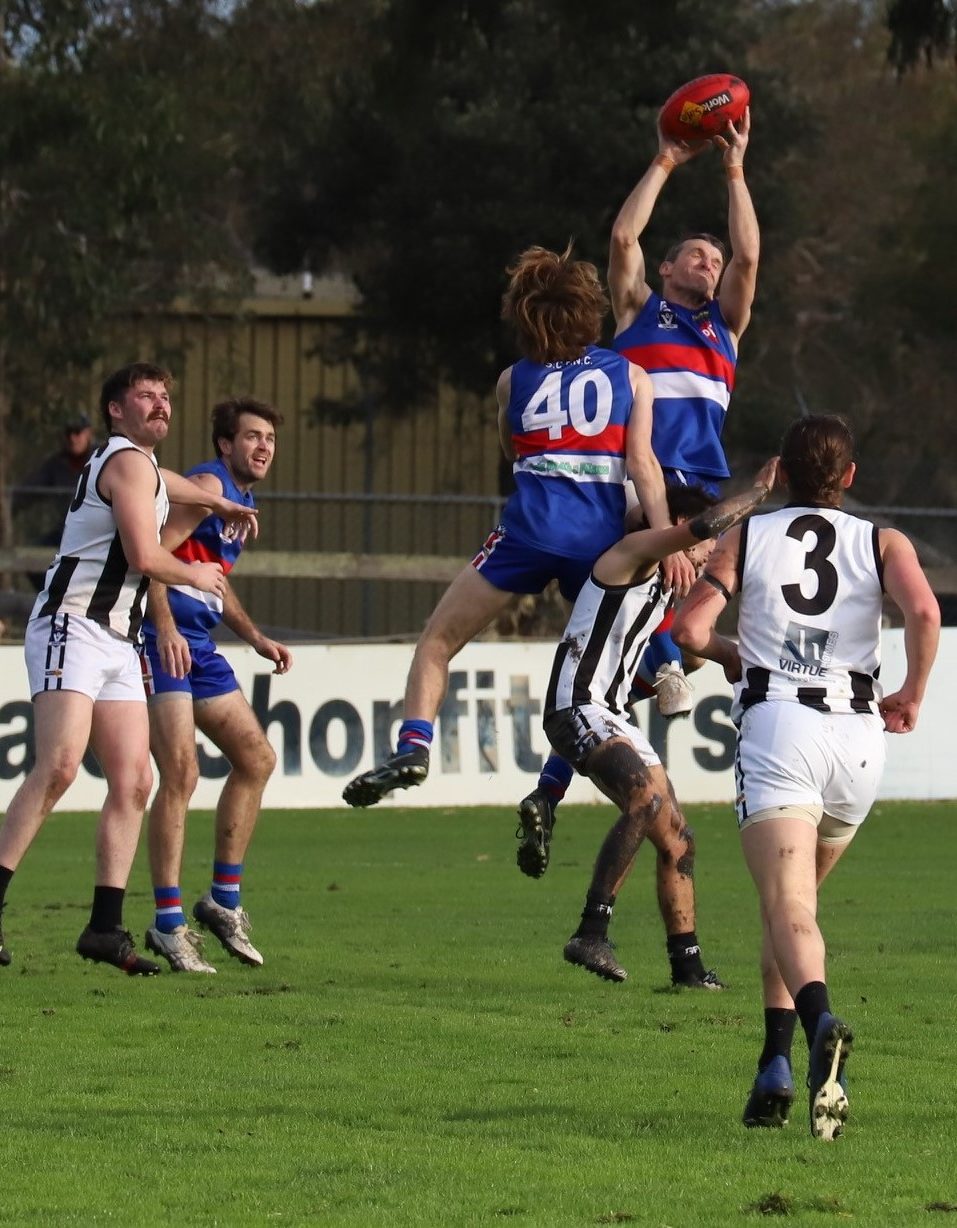 THE North Gippsland Football-Netball League went in a different direction to other local football netball leagues, simply deciding to pick up the season where it left off three weeks ago after lockdown.

The round eight fixture went ahead in the NGFNL, with a number of close games highlighting the round.

SALE City was forced to dig deep against Glengarry.

Going into the match as favourites, the Bulldogs overcame a huge scare from the lowly Magpies and had their noses in front by three points 14.13 (97) to 14.10 (94) when the umpire signalled full time.

The travelling Glengarry team kicked 10 goals in the first half and would have been daring to dream at the long break when it led by 16 points.

Glengarry was again ahead at three quarter time by 10 points, but could not quite finish off the game.

In what seemed like a simple case of stage fright, the Magpies were forced to lament what might have been, and possibly learn a lesson the hard way.

The win netted a huge sigh of relief for the Bulldogs, which keeps them within touching distance of the top five.

Given the logjam of teams currently occupying the middle of the ladder, a Sale City loss would have made its task of playing finals all the more challenging.

CHURCHILL and Rosedale played out a great contest, with the Cougars ahead by nine points 10.9 (69) to 9.6 (60) when the final siren sounded.

Momentum ebbed and flowed throughout the game, but it was Churchill which secured the four points.

Rosedale made the early running, as the home side put up five goals in the first term.
Churchill did the same in the second, before adding another four in the third.

Conversely, the Blues only kicked one goal across the second and third quarters, and found themselves 16 points adrift at the final change of ends. Rosedale threw everything at Churchill in the last quarter, but could not bridge the gap.

The Blues added three goals, but would have been kicking themselves for leaving their run too late after failing to really hit the scoreboard in the two quarters beforehand.

The match saw Luke Stuckey play his 100th game for Rosedale, while under 18 Spencer Fox made his senior debut.

By halftime, the margin had extended to 50 points, and a quarter later, Cowwarr was facing a deficit of 70 points.

Yarram opened its account with three goals in the first quarter, and was able to go on from there.

Errant kicking in front of the big sticks cost the Demons a greater winning margin, as in the end they registered 13 more scoring shots than the Roos.

The Bombers’ percentage climbed from 211.73 to 254.5 as a result of this game.
Slamming on 11.7 (73) to no score in the first quarter, the Bombers continued the onslaught from there.

Mitchell Luck finished the game with 12 majors, and Keenan Hughes was not far behind with 11.

Former Moe teammates found themselves on opposite teams, with John Chessells and Luke Mackay up against Jai Massese and Dylan Bentley, all four of whom featured in the best for Gormandale and YYN respectively.

The club played for the inaugural Rudi Bence Memorial Shield, named in honour of the champion who had a distinguished career at both clubs.

The day was also a special one for Bombers legend and current coach Barrie Burnett, who played his 320th senior game, going past club great Wayne Paulet.

Gormandale and YYN players formed a guard of honour after the match as Burnett was chaired from the ground.