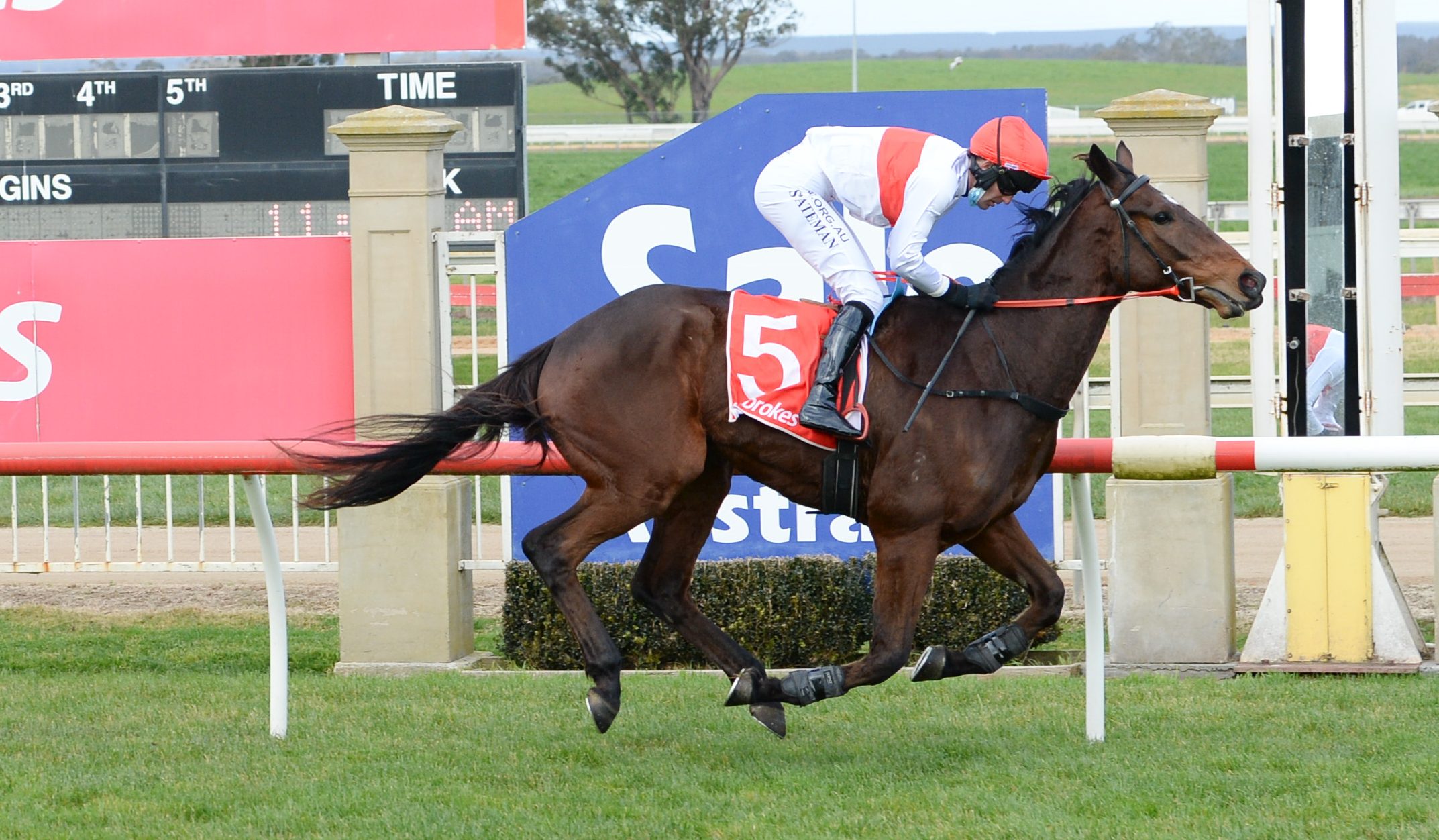 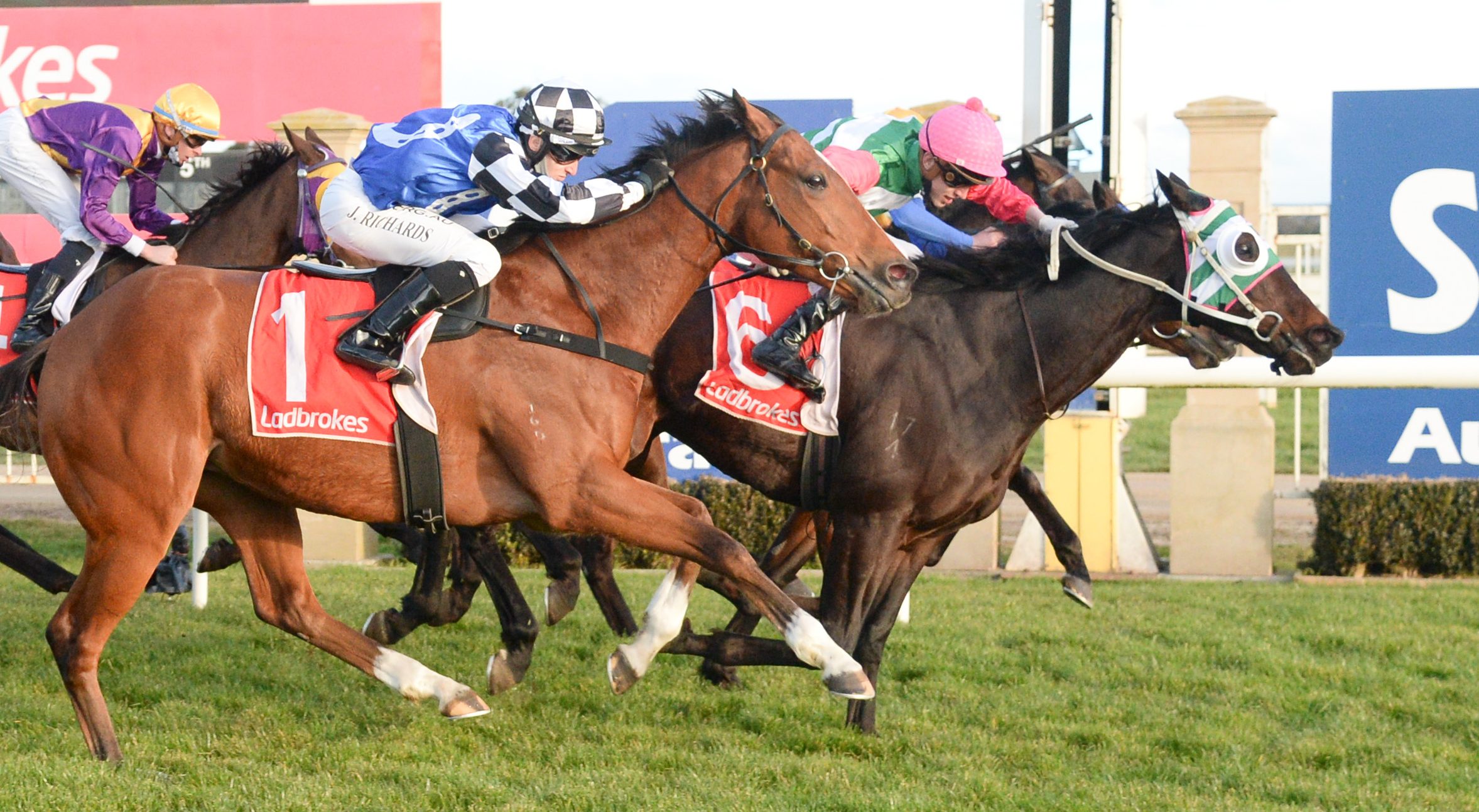 STEVEN Pateman rode and trained separate winners during Sunday’s meeting at Greenwattle Racecourse.
The meeting, held on a track rated “soft five”, began with three 3272 metre hurdle races, of which Pateman won two.
Pateman rode Sivar, trained by Peter Lafferty at Warrnambool, to a six-length victory in race two, the 0-114 rating hurdle.
Pateman has a 38 per cent winning strike rate from his past 50 rides.
Geelong-based Patemen then trained the quinella in the next race, the benchmark 120 steeplechase. Historic, ridden by Aaron Mitchell, won by a length from Power of Words.
The opening race, the maiden hurdle, was won by Tamarack, trained by Eric Musgrove at Bass and ridden by Darryl Horner. The seven-year-old gelding won his debut over the jumps, with his five previous wins coming on the flat.
Cranbourne-based Andrea Leek, who in 2004 became the first female jockey to win the Grand National Hurdle at Flemington, trained her first winner at her third attempt.
Heir to the Throne, ridden by Ben Allen, won the day’s final race, the 1615m benchmark 70 handicap. A $28 chance at the tote, the six-year-old gelding, a half-brother to 2015 Melbourne Cup winner Prince of Penzance, edged out favourite Worsford.
Another close finish happened in race seven, the 1415m benchmark 64 handicap.
Condo’s Express, trained by Richard Laming at Cranbourne and ridden by Mikaela Lawrence, won by a nose from Please Sir and Vitani after the trio broke away in the home straight.
It was the four-year-old gelding’s second win from 22 starts, and first win in nearly two years.
Amegdul, trained by James Cummings at Flemington and ridden by Michael Dee, won race four, the 1206m two-year-old maiden plate, by three-quarters of a length from the Peter Moody-trained Granny’s Reward.
In race five, the 1206m two-year-old maiden plate, Red Hot Nicc led most of the way, but Chartres, trained by Matt Laurie at Mornington and ridden by Ethan Brown, made a move in the home straight to win by a length.
I’m A Bronco produced a big finish to win race six, the 1415m three-year-old maiden plate, on debut.
The gelding, trained by Patrick Payne at Ballarat and ridden by Billy Egan, was well back in the home straight, but found room to charge to victory by one and a half lengths.
Race eight, the 1732m benchmark 58 handicap, was won by Lobster Noodles, trained by Leon and Troy Corstens at Flemington, ridden by Ethan Brown. The four-year-old mare won by a length from a pair of horses trained by Mat Ellerton and Simon Zahra.
Yulong Code, trained by Moody at Pakenham and ridden by Luke Nolen, won race nine, the 1206m benchmark 64 handicap.
The three-year-old colt sat behind the leader for much of the race, before making a move in the home straight to win by two lengths.
The next meeting at Greenwattle, the first of the 2021-22 season, will be on Thursday, August 12.