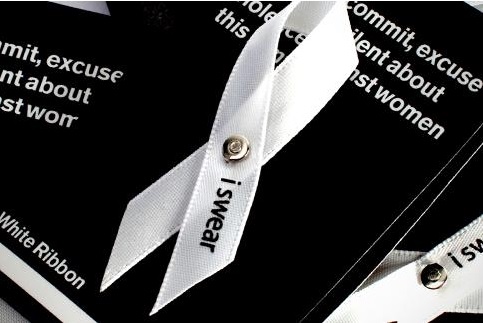 One in five Australian men does not think it is serious when a person repeatedly criticises their partner to make them feel bad or useless.

One third of men do not consider someone trying to control their partner by denying them money as a form of domestic violence.

And nearly one in 10 men do not classify as serious a person throwing or smashing an object near a partner to frighten or threaten them.

It is important to recognise that violence against women takes many forms.

It is more than slapping, punching and sexual violence it can be a flippant remark among friends, emotional abuse or controlling a partner’s finances.

All women, regardless of their roles, have the right to be safe and treated with respect.

Men have a key role to play in changing attitudes which enable violence against women to continue.

We have seen many high-profile men stand up and take a leading role in this regard.

White Ribbon Day is an opportunity for all men to join those who have already taken a stand to challenge everyday sexism, stereotypes and disrespect towards women.