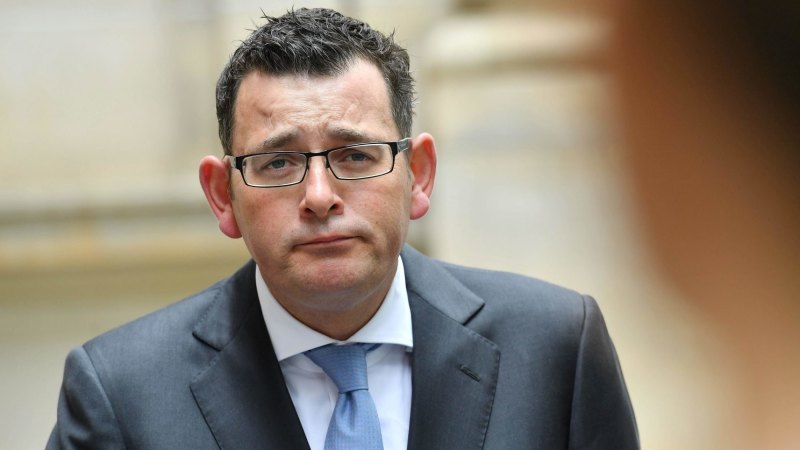 READING the August 4 issue of the Gippsland Times, I was shaking my head, after reading the front page article.

I wondered if I was living in some strange parallel universe.

“From the outset of this second surge, our aim has been to protect regional communities”,

“The thought of this virus getting into regional aged care – and wiping out entire generations within our regional communities – is something that keeps me up at night.

“And more Victorians – more grandparents, parents, sons, daughters, partners and loved ones – choked to death by an invisible enemy.”

I started wondering if this gushing lyrical had been cut and pasted from some Shakespearean sonnet.

Probably the only relevant and accurate comment was “And for a little while, there’ll be more questions than answers”. How very true.

So let’s drop this emotive and flowery rhetoric, to look at some hard facts.

Not to even mention carrying out foreign policy decisions with Belts and Roads, but also generating Victoria’s own ‘human rights legislation’, almost as if the intent was to create this bizarre breakaway independent socialist state, sitting on the south-east tip of Australia.

Voted in by a landslide, despite the red shirt scandal, the Andrews Labor government has grossly mismanaged one of the key areas in handling this pandemic, which was quarantining of returning Victorians from overseas.

So much for his deep concern and sleepless nights.

The Andrews government has lost control of contact tracing people who have tested positive to COVID -19.

The Andrews government, has caused a 12 billion dollar hit to the Australian economy, with this second wave lockdown disaster.

In its arrogance, it has reacted to scrutiny of these gross errors, by evasiveness and throwing up smoke screens with this three million dollar enquiry, into the hotel quarantine mess.

Refused to answer questions due to the enquiry, which has proved a false premise as it is not a legal proceeding.

Broken down democratic state processes and scrutiny, by refusing to allow parliament to sit, or greatly restricting it.

Let me expand on this. I took this drug for many years.

It is a very commonly used anti-malaria drug.

Ten minutes of internet surfing will clearly show that there are indications it may well help fight corona infection.

But Andrews has banned it.

Yet he claims he wants to keep Victorians safe?

This front page article in the Gippsland Times was to me, a very slanted look at the terrible state we are in in Victoria, and who should actually shoulder a lot of the responsibility for it.

The Premier comes across as your favourite uncle, but resides over a very poor government.

Editor’s note: The use of hydroxychloroquine has not been banned. To help maintain the supply of the drug in Australia and discourage inappropriate prescribing, effective from March 24, the Therapeutic Goods Administration implemented changes to the Poisons Standard to place restrictions on the medical specialists who can initiate prescribing of the medication. Hydroxychloroquine is used for treatment of malaria and certain autoimmune diseases, and the TGA says it is working with the pharmaceutical industry to help ensure supply of hydroxychloroquine is maintained for patients needing it to treat chronic conditions for which it is indicated. Recently, the National COVID-19 Clinical Evidence Taskforce updated the strength of its recommendation against the use of the drug, stating definitively that “it should not be used as a treatment for anyone with COVID-19”. The Royal Australian College of General Practitioners Victorian chair Dr Cameron Loy says the evidence base “is simply not there” to say that hydroxychloroquine can be used to prevent the COVID-19 virus or treat it. He has warned the results of trials so far have proven inconclusive or found the drug to be ineffective as a treatment, and it could have severe and even deadly side effects if used inappropriately. He also warned a rush on the drug by people who do not need it could lead to shortages of supply for those who do. The RACGP has urged all patients to listen to experts for all medical advice. Some quotes attributed to the Premier in this letter have been amended to include the full quotes he made, to ensure context.