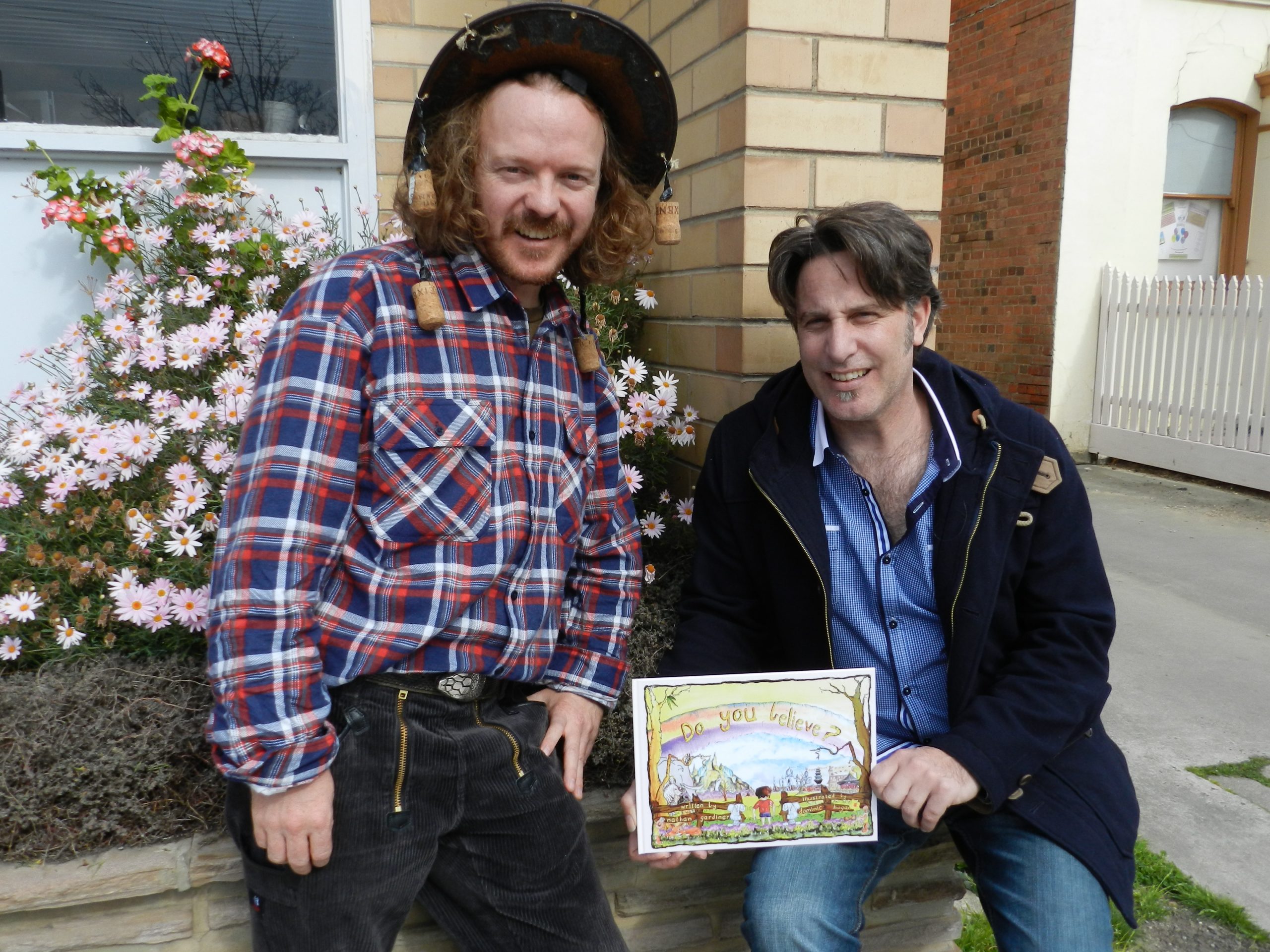 Former locals Dominic Hogan and Nathan Gardiner visited primary schools in Gippsland last week for an interactive reading of their children’s book Do You Believe?

Illustrator Mr Hogan said the interactive show encouraged children to act out scenes from the book and play roles and characters.

“It’s about getting the children to feel how it is to be that object, because it’s about that God is connected to everything.”

The author, Mr Gardiner, said Do You Believe? was a new age children’s book about religion from an alternative point of view.

“It’s basically asking the question ‘what is God?’ from a non-religious point of view,” Mr Gardiner said.

“The new age belief is that God is everything; it’s all encompassing, it’s us, it’s life, it’s the earth … and all of us are tiny individual pieces of God.

“In a sense you don’t have to call it God, you can call it life; it’s a process.”

Now working as a journalist, Mr Gardiner said he had the idea for the book when he was working as a teacher in Melbourne.

“I used to teach for 11 years and I was always frustrated when religious education teachers would come in and all they ever talked about was Jesus … and I thought ‘well that’s doing a disservice to our kids’.

“Jesus is fine but don’t talk about Jesus day in day out.

“Talk about Judaism and talk about Hinduism.

“If you’re going to call it religious education, talk about all the religions and let the children make an informed decision themselves.”

Mr Gardiner travelled to Jamaica for three months to work on the story before approaching Mr Hogan about doing the illustrations.

Mr Hogan, who now lives in Germany, said he felt ‘moved’ by the story and was interested in illustrating the book.

“I said to him I’d like to do the pictures …and over the next two or three years I worked on it, and then in 2008 we printed it and then had the launch in Germany,” Mr Hogan said.

The long-time friends attended school together at Catholic College Sale and are in the process of writing a second book together, Surfer Stu.

“He gets to age 18 and his parents are saying ‘there’s more to life than surfing, how about you travel the world’ and that’s when he discovers the monuments and Great Wall of China, the Eiffel Tower, the pyramids and the Statue of Liberty, and he relates them all to surfing.”

Do You Believe? can be bought by contacting Mr Hogan or Mr Gardiner on Facebook.