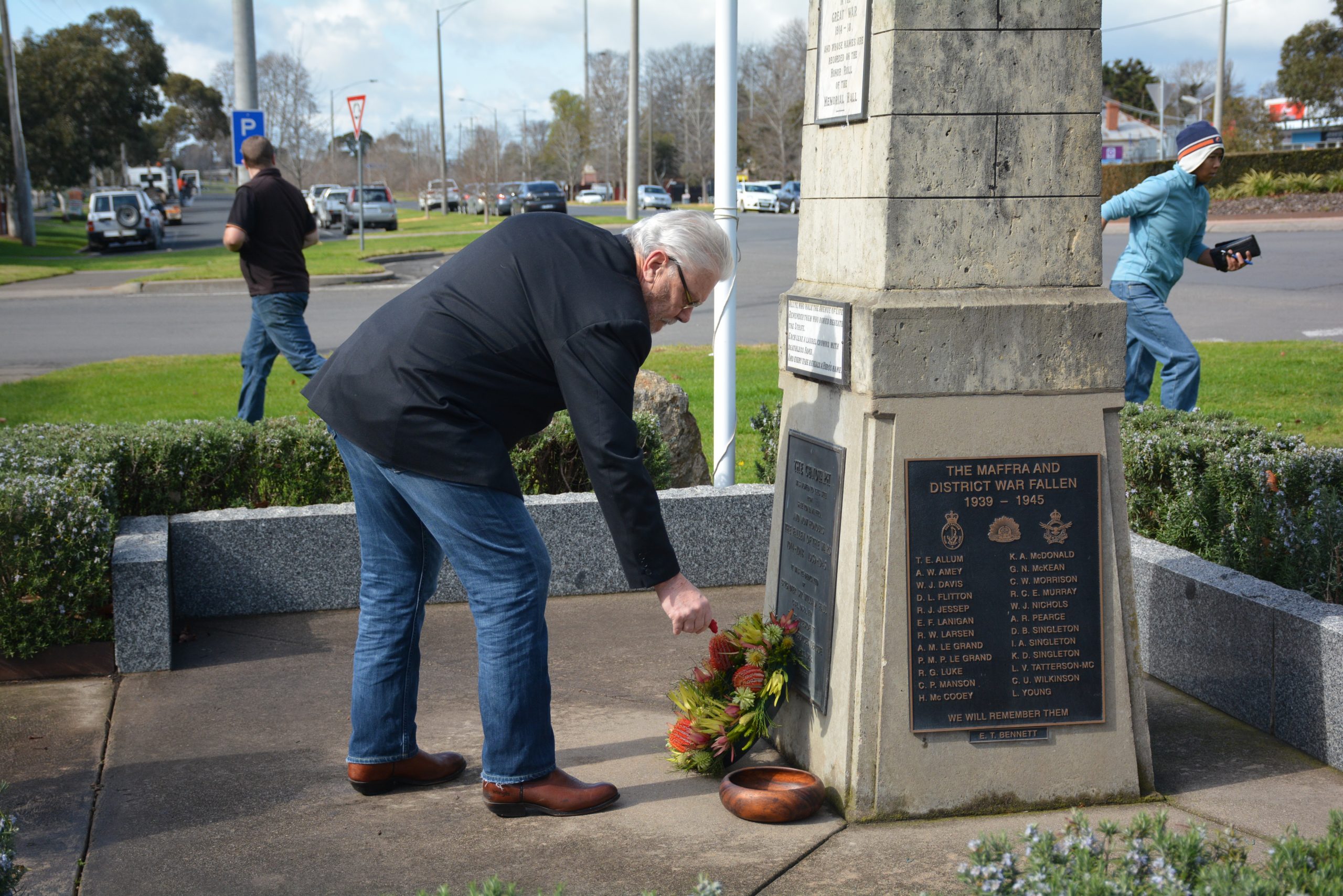 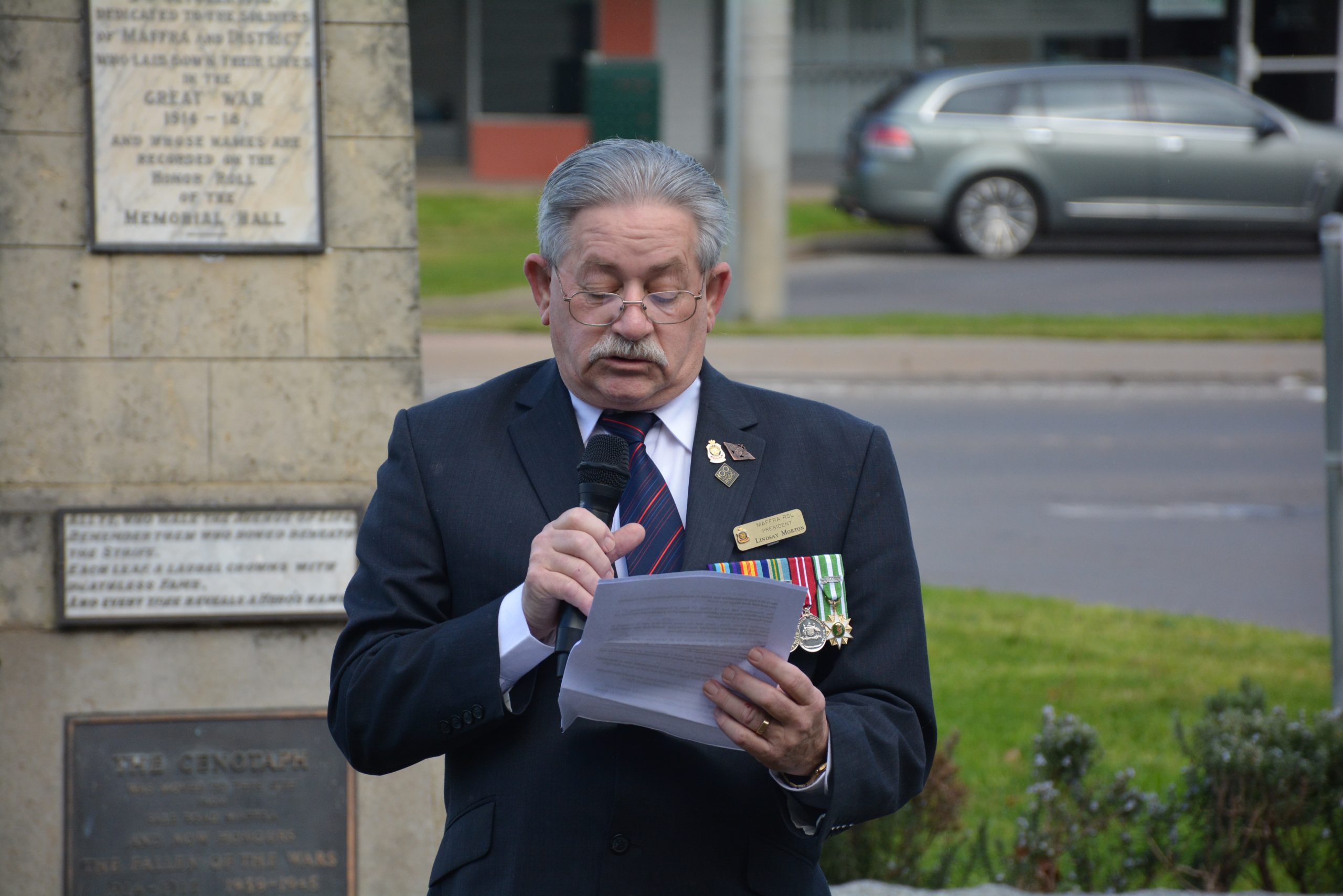 A SMALL but heartfelt ceremony was held in Maffra on Tuesday to mark Vietnam Veterans’ Day and remember those from the local area who served during the Vietnam War.

Maffra RSL president Lindsay Morton spoke at the service about the battle of Long Tan and said it was important to mark the occasion and remember those locals who were involved.

“We have a big service in Melbourne today so a lot of people go down there, so we just put on a service here that gives them the chance to remember the local involvement,” Mr Morton said.

“Especially in the battle of Long Tan, we did have a significant involvement including a Maffra person wounded in the battle.”

Veterans’ Affairs Minister Michael Ronaldson said it was important to remember those who were asked to represent their country in the middle of what was a tense political climate.

“It is important that we properly acknowledge the service and sacrifice of these men and women, who upheld the finest traditions of the Anzacs during this terrible war,” Senator Ronaldson said.

With the 50th anniversary of the Battle of Long Tan to be commemorated in August next year,

An online Roll of Honour Image Gallery was unveiled on Tuesday, while plans are also in place to repatriate the remains of some Australian soldiers who are buried overseas.

“Unfortunately, many of our Vietnam veterans did not receive the appropriate recognition for their service and sacrifice when they returned home from the war,” Senator Ronaldson said.

Mr Morton said the commemoration of Vietnam Veterans’ Day was key for the RSL not only nationally, but at a local level for branches such as Maffra.

“I think the RSL has now got more Vietnam Veterans than any other force, so it is very relevant everywhere.”