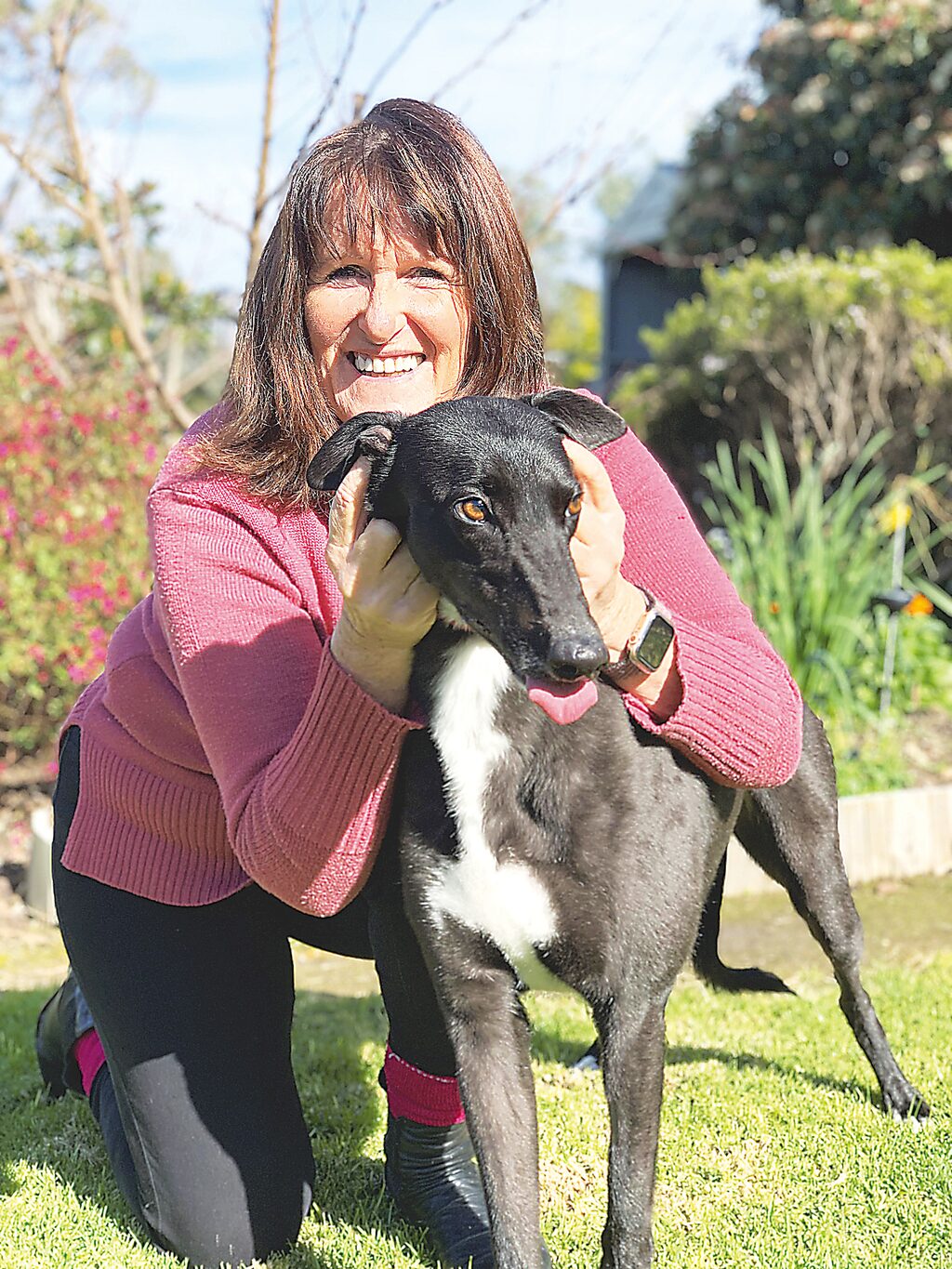 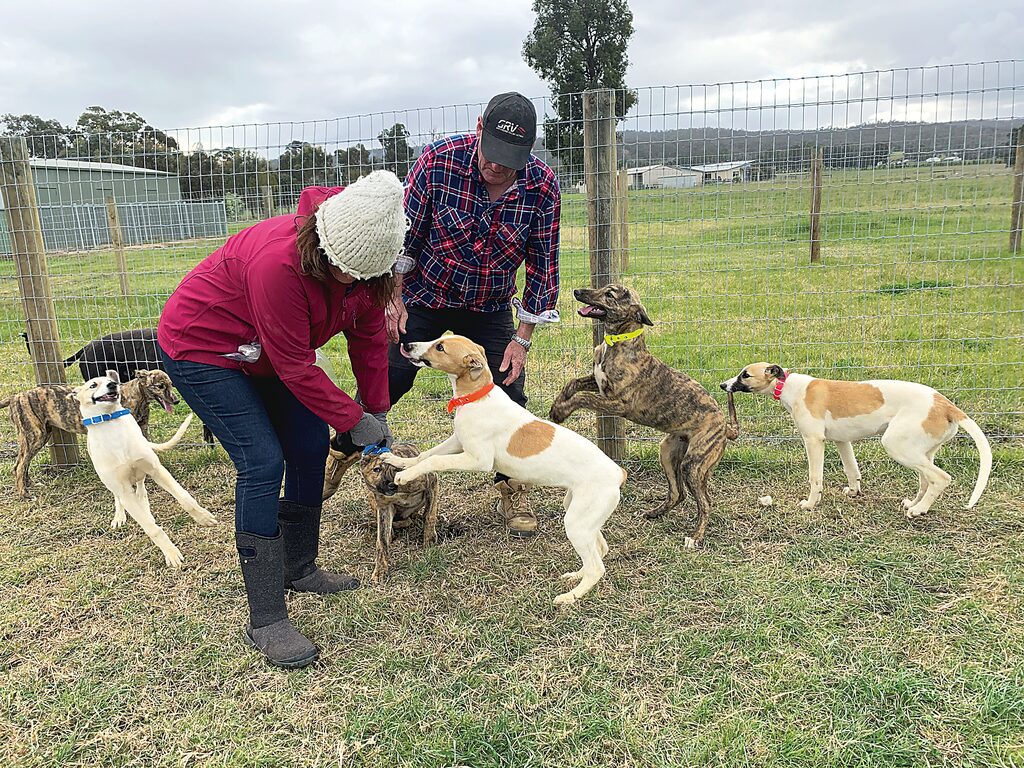 Those looking for a canine companion often think of scouring the online pages of animal shelters to find a furry friend.
But there is another option — fostering or adopting a retired greyhound — and they can make great pets.
Toongabbie Lodge began operating in 2019 and offers services in greyhound adoption, whelping, rearing and education.
Deb Brown is the manager of re-homing and whelping at the Toongabbie Lodge, and says that retired racing greyhounds must learn to adapt to domestic life.
“We have a retraining program for those that need it to help those into a more domestic environment for a month or two, but some need a bit longer than that so they can relax in their new home,” she said.
“They really want the love and attention, so they’ll do what you want quite quickly; they’re very clever dogs.”
Ms Brown said new foster carers received a starter pack with various items, including a collar, a lead, a muzzle and some food.
Husband and wife team Kerry and Fulvio Moderz are winding down operations at another greyhound re-homing facility, Gippsland Greyhounds, based in Paynesville, and have just a couple of greyhounds needing homes.
With the pair retiring, they refer potential greyhound carers to the Toongabbie Lodge.
Ms Moderz said greyhounds were the best-kept secret in the dog world.
Despite being associated with racing, she said the dogs were quiet during the day when kept as pets.
“They are active in the morning … come late morning and afternoon, they power down,” she said.
“They are good for the elderly and retirees.”
Ms Brown said greyhounds were ideal to take for picturesque walks in places like the Gippsland Plains Rail Trail.
“And Lake Guthridge is brilliant for socialising, as it’s so busy with people walking their dogs,” she said.
Ms Moderz said that greyhounds were more affordable than other breeds such as British Bulldogs and Labradors, that could cost anywhere from $2000 to $5000.
Gippsland Greyhounds typically sold greyhounds for about $350.
Previously in Victoria, it was mandatory to put a muzzle on greyhounds, even if they had retired from racing.
This proved to be a stumbling block to adoption previously, but the muzzling restrictions were removed for pet greyhounds in January 2019.
To foster a greyhound from Toongabbie Lodge, email Deb Brown at adoption@toongabbielodge.com.au
Visit Gippsland Greyhound’s website to adopt one of the last remaining dogs.