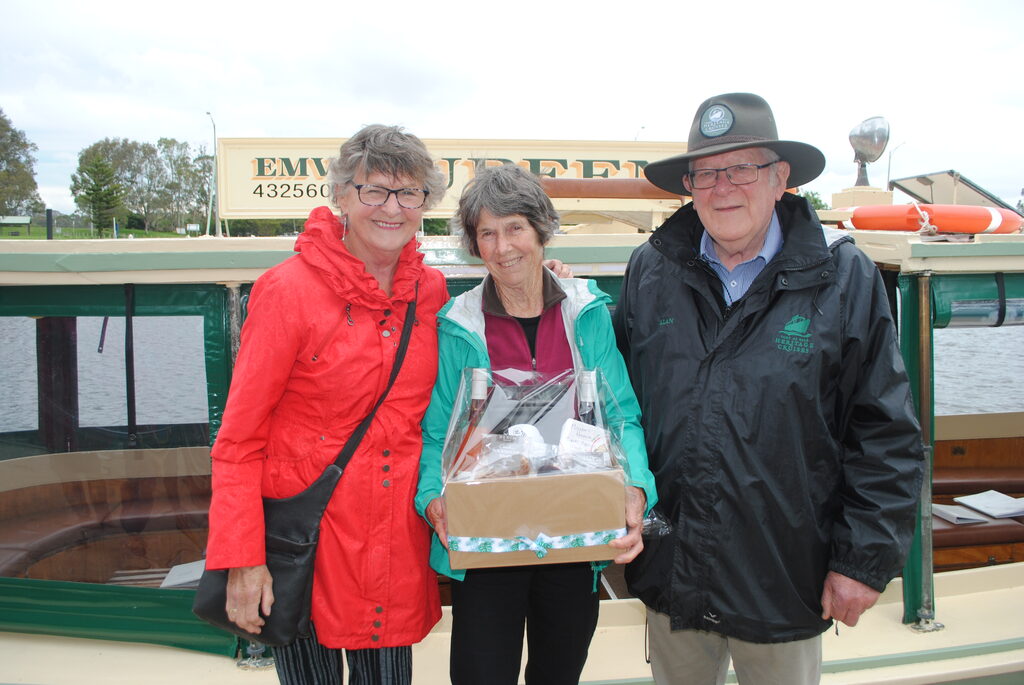 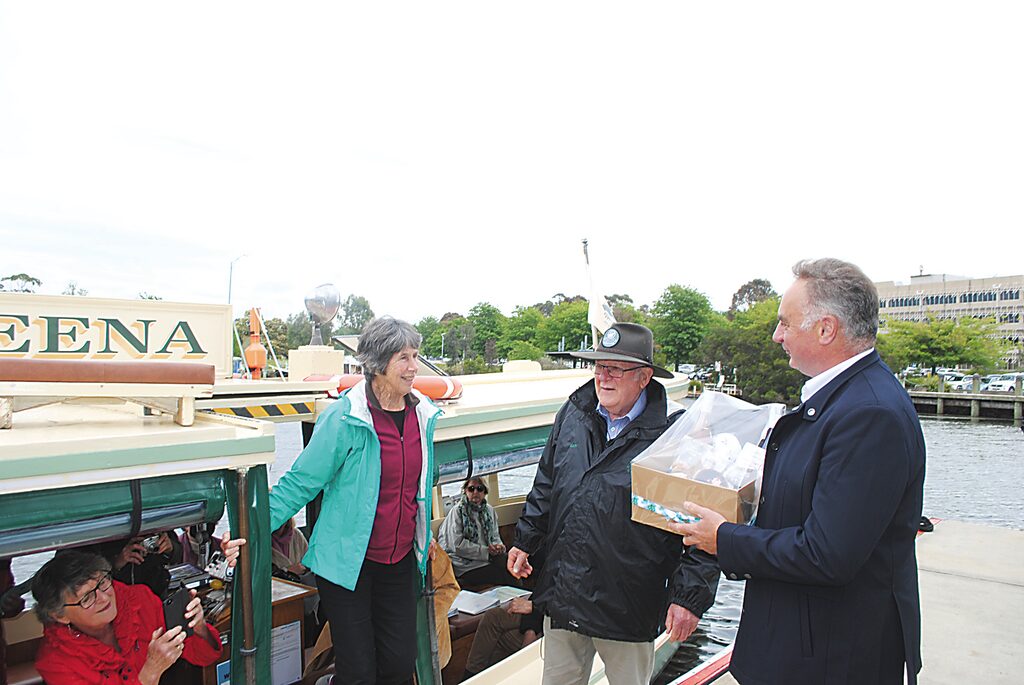 The Port of Sale Heritage Cruise’s boat, the Rubeena, welcomed its 30,000th passenger on Thursday.
Skipper Alan Lewis, who has owned the boat for more than nine years, turned 80 earlier the same week.
In April next year, the boat will be 110 years old, with celebrations coinciding with Race the Rubeena, where people are pitted against the vessel in a fun event based around the Port of Sale and Longford Swing Bridge.
Mr Lewis said he would have loved to have reached the passenger milestone earlier, but the COVID-19 pandemic meant he hadn’t been able to host as many customers.
“We’re allowed to take 30 people in the boat, but we’re registered for 42, so we haven’t had a full trip for many months,” he said.
“Hopefully we can get back to the numbers we had back in January and February.
“It’s taken us four or five years to get to 10,000 passengers, two more years to reach 20,000, and now over two-and-a-half years to get to 30,000, so hopefully we can get to 50,000 a lot quicker.”
Mr Lewis celebrated the occasion by giving the 30,000th passenger a gift basket with local Gippsland produce.
Passengers on the Rubeena learn how important Sale is, where it gets its name from and how it came into existence.
“Hopefully they’ll get a good understanding on the importance of Sale, which was the first major city in Gippsland,” Mr Lewis said.
With passenger numbers down, government grants have helped Mr Lewis keep the Rubeena afloat.
“Fortunately, those grants have enabled me to maintain the boat and to bring it up the best standard of maintenance that I think it’s ever received,” he added.
The Rubeena departs the Port of Sale daily at 10am and 2pm, with the journey taking passengers to the Swing Bridge.
The Race the Rubeena event will take place on Sunday, April 3, 2022.