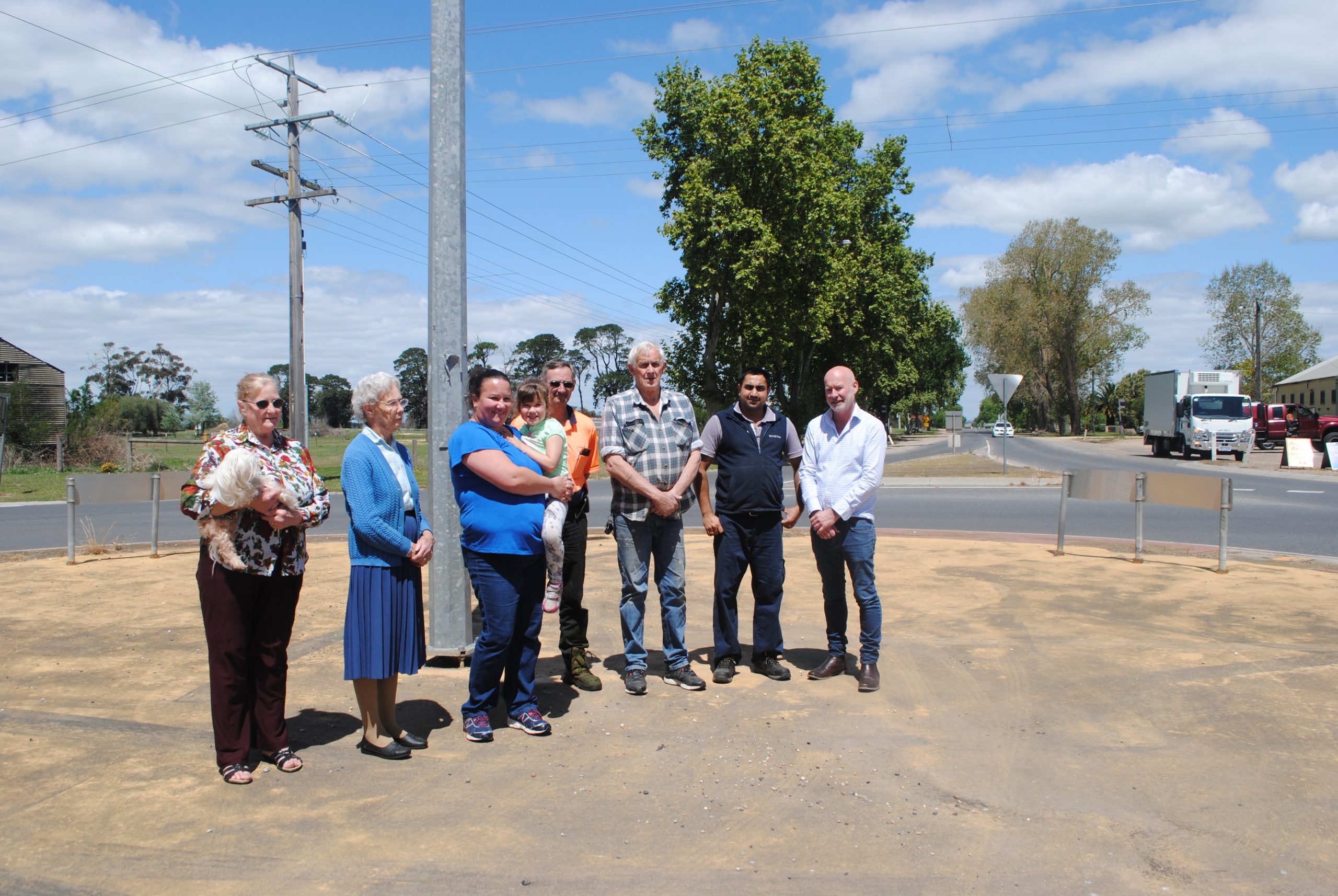 TINAMBA residents fed up with driver behaviour on roads around Tinamba are calling for VicRoads to review the area’s speed limits.

A petition to be presented to the roads authority is quickly attracting signatures, and organiser Terry Clark said he was confident the town’s entire population of 70 was willing to back his call.

Mr Clark lives in the 100kmh zone of the Traralgon-Maffra Rd between Maffra and Tinamba, but said it was “almost impossible” to safely pull out of his driveway without a vehicle suddenly being on the tail of his car.

“We’re all sick of the speed on these roads; its dangerous and  only a matter of time before a really serious accident happens,” he said.

Damien Gannon, who has run the Tinamba Hotel with partner Brad Neilson for the past decade, said something had to be done soon, whether it was to bring in lower speed limits or other traffic calming measures.

“It’s been a problem as long as we’ve been here,” he said.

Heather Ollier, who has lived within the 60kmh zone of the Tinamba township for 60 years, said driver behaviour was getting worse.

“Drivers come through Tinamba at really high speeds and you can hear them all through the night,” she said.

“They certainly don’t do 60kmh through the town.”

Another long term resident, Joe Lovas, who lives on the Tinamba-Newry Rd, would like to see the 60kmh limits lowered to 40kmh to force people to drive safely in the built-up areas.

“Very few people stick to 60kmh even; I can’t pull out of my driveway most times,” he said.

Tinamba mother Kasey Schoenmaekers echoed the others’ concerns that speed limits were not appropriate for the area, and were dangerous.

“Tinamba is the only town in the area that did not have an extended 60kmh zone so close to town,” she said.

The proprietor of the general store, Rupi Multani, said he saw or heard near misses “on a daily basis”.

But Wellington Highway Patrol Sergeant Luke Banwell said if the limits were changed around Tinamba, VicRoads would have to change a number of limits around Victoria in towns of similar size and state of roads.

“Lowering the limit to 40 on Tinamba-Newry road will never work as it would be inappropriate for a town of that size,” he said.

“As for those speeding — that is a separate issue that police will be forced to task with.

“The limit is stretched out to 100 heading toward Maffra to allow enough scope for cars to slow down by the time they enter Tinamba.”

Under Regional Roads Victoria policy, the default speed limit outside of built up areas is generally 100kmh.

The speed limit out of Tinamba towards Maffra is 60kmh for the first 100 metres, but progresses to 80kmh for about one kilometre over Wickham’s Creek bridge, then to 100kmh, where there are still some houses.

But Mr Clark said few drivers obeyed any of those limits, with

some drivers even speeding straight through the roundabout in town, leaving tyre marks to prove the point.

He said petitioners were asking for an extension of the 80kmh limit to Mewburn Park Rd.

They were also asking for double lines on a one-kilometre stretch between Wickham’s Creek Rd and Kingscotts Lane to restrict overtaking.

Regional Roads Victoria eastern manager planning Pas Monacella said the authority reviewed speed limits on a case-by-case basis, and welcomed feedback from the community on how to improve road safety.

“When considering a speed limit change, RRV looks at a range of factors such as pedestrian and vehicle numbers, the design and type of road, local environment and crash history,” he said.

He said the 60kmh zones in Maffra and Tinamba were placed adjacent to the beginning of the built-up areas.