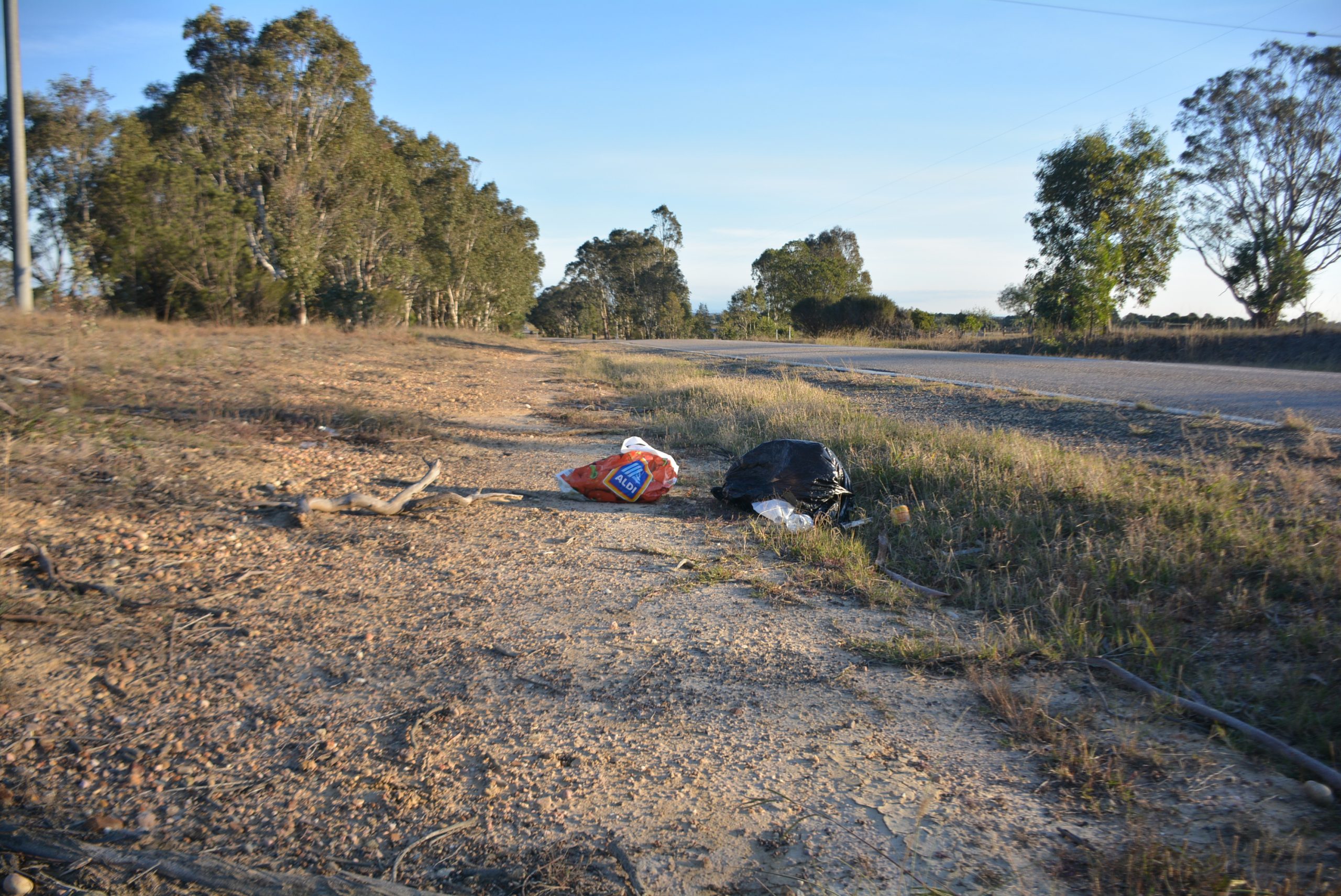 THE Environment Protection Authority is urging Gippslanders who see people littering to report it, following concerns from Wellington Shire residents.

The authority has a litter reporting program which allows Victorians to report littering, including throwing rubbish from vehicles.

Local littering was in the spotlight this week, after a Maffra family launched its own clean-up initiative to remove litter near their home, and along a section of the Gippsland Plains Rail Trail.

Janise Bates and her two children spent hours picking up litter last weekend in an attempt to clean up the local environment and stop waste ending up in waterways.

Stratford residents are also speaking out about the amount of litter ending up on the side of the Stratford-Briagolong Rd.

One resident said she was fed up with the laziness and irresponsibility of people who threw rubbish out of their cars, or allowed it to come off their trailers.

She said the road to the tip always had rubbish on its verge.

“Surely people don’t think that rubbish in a plastic bag will disintegrate,” she added.

He said littering by throwing rubbish out of cars or by deliberate dumping was not acceptable.

“Litter builds up on our streets, blocks our drains, finds its way into our waterways and threatens our wildlife, Mr Lansdell said.

“It also negatively affects the amenity of our environment.

“Burning litter, such as lit cigarette butts, also poses a serious fire hazard and can spark bushfires that destroy homes and lives.”

Mr Lansdell said residents were “the EPA’s eyes and ears”.

“If you see littering, report it,” he added.

EPA litter infringement penalties range from $322 for a small piece of rubbish or unlit cigarette, up to $645 for a lit cigarette.

Last financial year, EPA handed out more than $5 million in penalties to more than 11,000 Victorians for discarding litter, mostly cigarette butts, from their vehicles.

Protecting the environment from litter costs tens of millions to clean up every year, with the responsibility for enforcement of the litter provisions of the Environment Protection Act shared between a range of agencies, including local government, EPA and Victoria Police.

When the EPA receives a litter report, enforcement officers will investigate the incident.

If appropriate, the authority will issue an infringement notice.

More than 20,000 litter offenders are reported to the EPA every year.

Victoria is becoming one of the worst states for littering, according to an audit by Keep Australia Beautiful anti-litter movement.

An audit the group, which was founded in Victoria in 1969, found that in 2017-2018, littering increased in Victoria and Western Australia, but reduced in other states.

The national litter index surveyed 983 sites across Australia, with an area surveyed of about 1.5 million square metres.