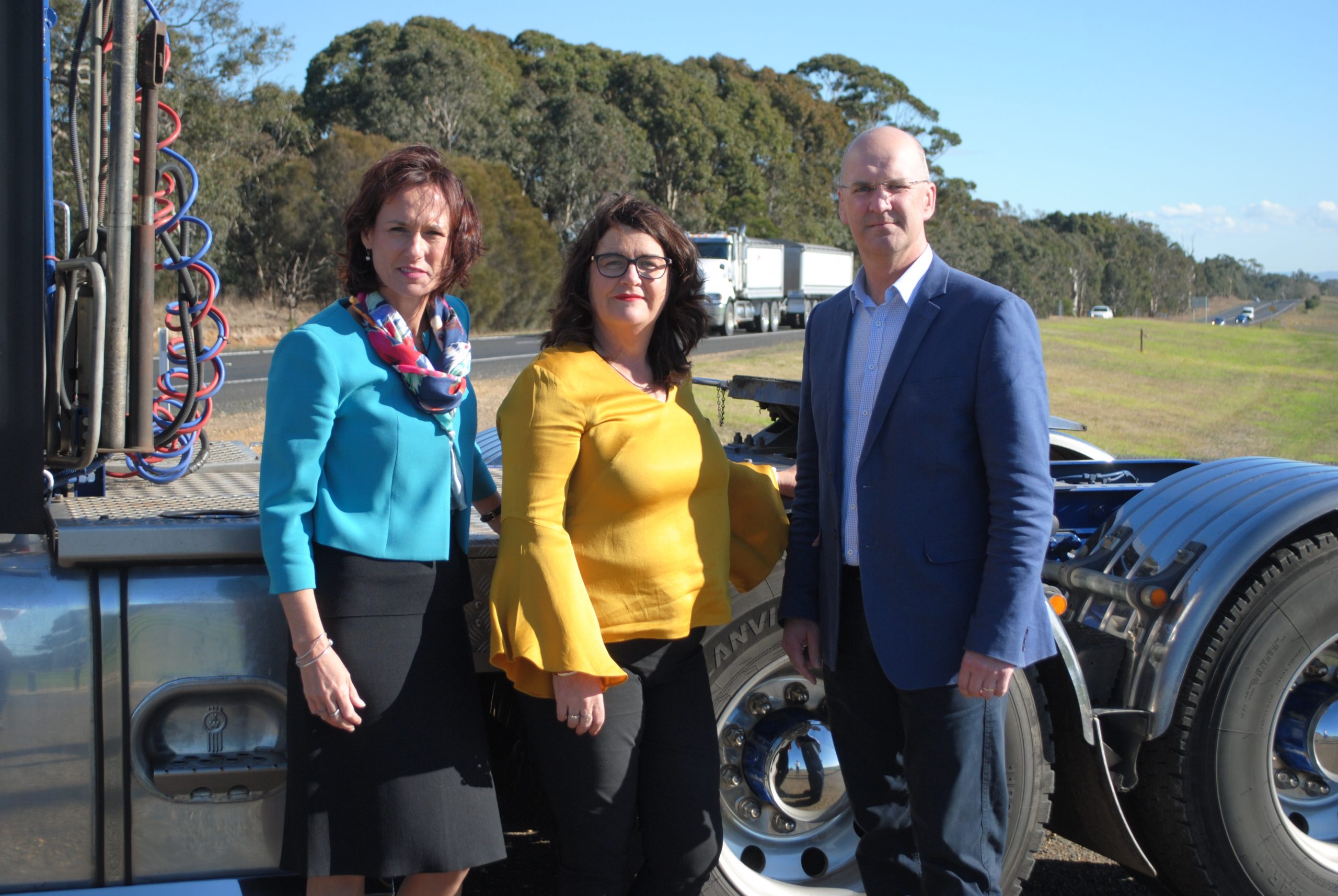 THE Nationals have stepped up pressure on the Labor government to provide funding in Monday’s budget to finish the duplication of the Princes Highway between Traralgon and Sale.

Shadow minister for rural roads Roma Britnell, Gippsland South MLA Danny O’Brien and Eastern Region Victoria MLC Melina Bath are calling for state government funding to be placed on the table when the budget is released.

The Princes Highway is a major arterial road carrying an estimated 15,000 vehicles daily.

Ms Britnell said Gippslanders were tired of Labor “putting the brakes on this project”.

“Gippsland needs this done,” she said.

“It is a job of critical importance, and should be done now.

“It’s not a lot for Daniel Andrews to put on the table – the whole of Victoria is his responsibility.”

The MPs believe duplicating the road will improve road safety, transport efficiency and attract people to live, work and visit the region.

Gippsland South MLA Danny O’Brien said the people of Gippsland were sick of waiting for the duplication to be completed.

“Monday’s budget is Daniel Andrews’ opportunity to listen to the people of Gippsland,’ Mr O’Brien said.

“It needs to be done; it should be in the budget on Monday.

Asked for a response, Labor’s Eastern Victoria MLC Harriet Shing did not specifically comment on the duplication, but instead outlined the amount of money the state government had been sending on roadworks across the region.

“The Nationals can keep repeating their mantras about the Labor party, but the reality is that in the last term of parliament, the Andrews government invested significantly in Gippsland to the tune of $2.1 billion, including $123 million for roads improvements to the South Gippsland Highway and $44 million for the Bass Highway,” she said.

“In the past year alone, the Andrews government has invested $66 million to improve roads across Gippsland, as part of our ongoing investment in upgrading, resurfacing and repairing major and local infrastructure.

“We are also working closely with Gippsland councils as they apply for local roads funding as part of a separate $100 million fund.

“There’s a lot to do, and we’re working through it thoroughly and carefully.

“We are focussed on funding and delivering all of our election commitments to the region over the next four years, and along with delivering another surplus, this is a key focus for our upcoming Victorian budget,” Ms Shing said.