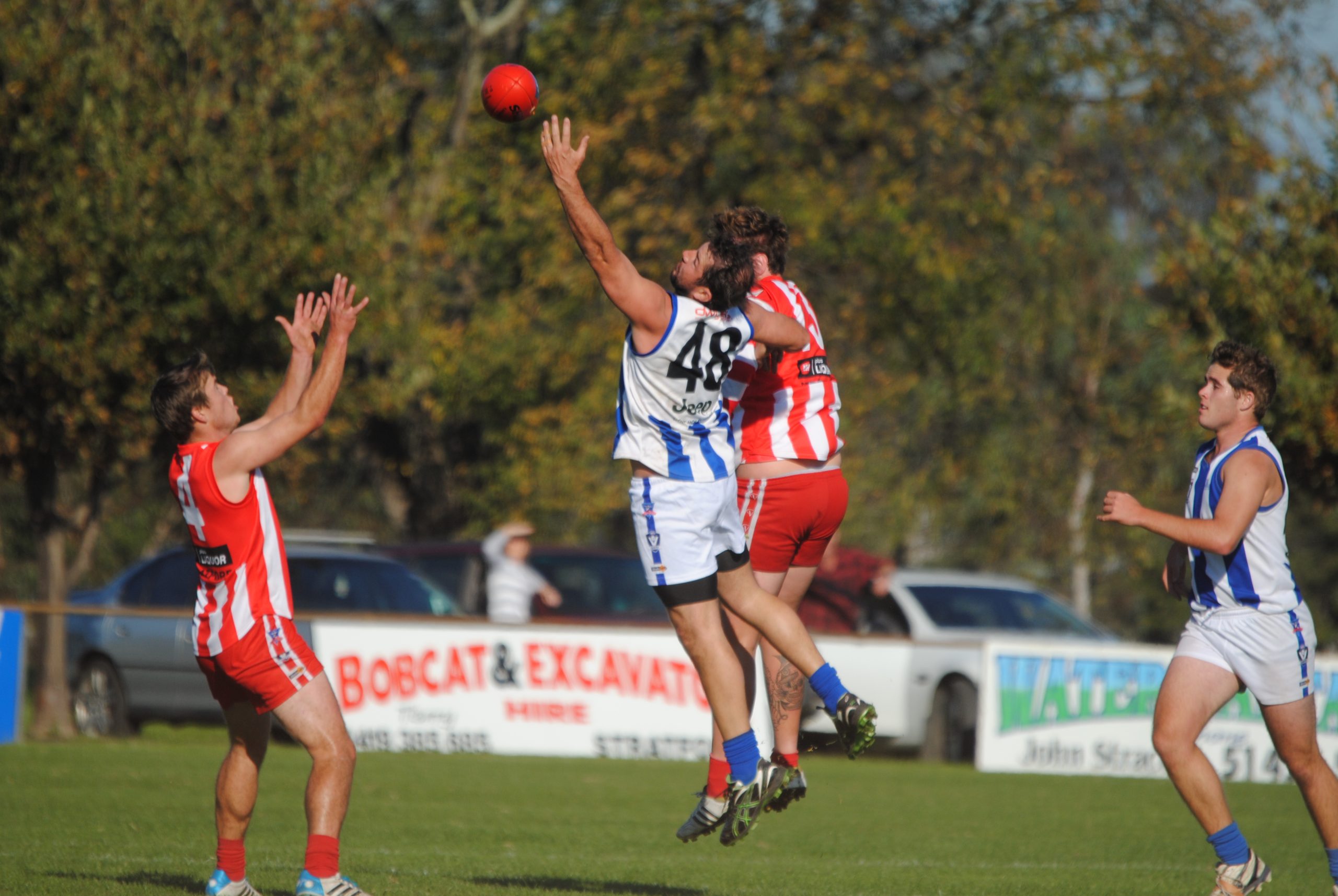 LUCKNOW’S stay in the East Gippsland football top five may be short lived as it is facing a tough task at home against Stratford.

The Magpies ended a run of nail-biting losses and jumped into the top four with a 128-point thrashing of Orbost-Snowy Rovers last weekend.

The Swans have been nothing short of dominant through the first five rounds, taking all before them, including wins over the other top four sides from 2014.

The reigning premiers have again found a reliable path to goal through Jack Bacon, with 18 goals in his five games so far this year, including a haul of seven last weekend against Paynesville. Joshua Kiss has also been potent up forward, with eight majors so far.

For the Magpies, Shaun Ryan has been dominant in front of goal this year. He has 31 majors through five rounds to lead the league, however his side will require a spread of goal kickers on Saturday if they are to cause a massive upset.

Lucknow has pushed a number of the top teams all the way in the early rounds, however taking the next step to produce a four-quarter effort against the competition benchmark is the next step for this young side.

BOISDALE-Briagolong will embark on the longest trip in the league as it heads to Orbost.

Boisdale-Briagolong has looked like a top four side at times throughout its first season in the league. Wins over Lindenow and Lucknow, and impressive performances against Stratford and Paynesville have the Bombers in fifth after five rounds.

Despite being just outside the top four, it appears the Bombers are still finding their feet in the competition, with the remainder of the year providing an opportunity to stamp themselves as a serious finals player.

Although winless through its first five games, there have been a number of positive signs for Orbost-Snowy Rovers coach David Waddell.

The young Blues side is quite clearly the cellar-dweller, but that has not stopped it from beginning each match with the intention of winning. The Blues’ first quarters have quite clearly been their best, having lead at the first change in two of their matches.

Unfortunately for Orbost it’s a four quarter game, with consistency of performance throughout matches the real struggle for Waddell.

IT will be a battle between second-last and second on Saturday, when Lakes Entrance hosts Wy Yung.

With a number of key signings in the off-season and a round one win over Paynesville, many were excited about the prospect of a competitive Lakes Entrance side in season 2015. However, the Seagulls have failed to live up to the hype, putting in disappointing performances in nearly all matches since then, securing their only win over the lowly Orbost-Snowy Rovers by 19 points.

On the other hand, Wy Yung has picked up where it left off last season, establishing itself as a premiership contender again in 2015.

The Tigers’ only loss so far came in round three against Stratford, the same side beat them in the premiership decider last year.

The Tigers sit a game clear in second position on the ladder, with their biggest hurdle in the way to securing redemption for last year’s grand final loss again appearing to be the Swans.

Gulls coach Darren Martin announced pre-season it was time for his side to step back to the level that won it the premiership in 2013, after a disastrous campaign last year.

After a slow start the Gulls won three matches in a row, before a slight hiccup against Stratford last round. They now sit third and are well positioned a game clear of a number of teams locked on two wins.

Finals appears a real possibility for Paynesville, with matches against Stratford and Wy Yung likely to determine their finishing spot.

Lindenow has enjoyed an up and down start to the season, recovering from three straight losses to dominate Lakes Entrance last weekend.

The Cats currently sit in sixth spot on the ladder, however are only out of the top four on percentage. It’s still early, but tough matches in the coming weeks against Paynesville and Lucknow could be season defining.