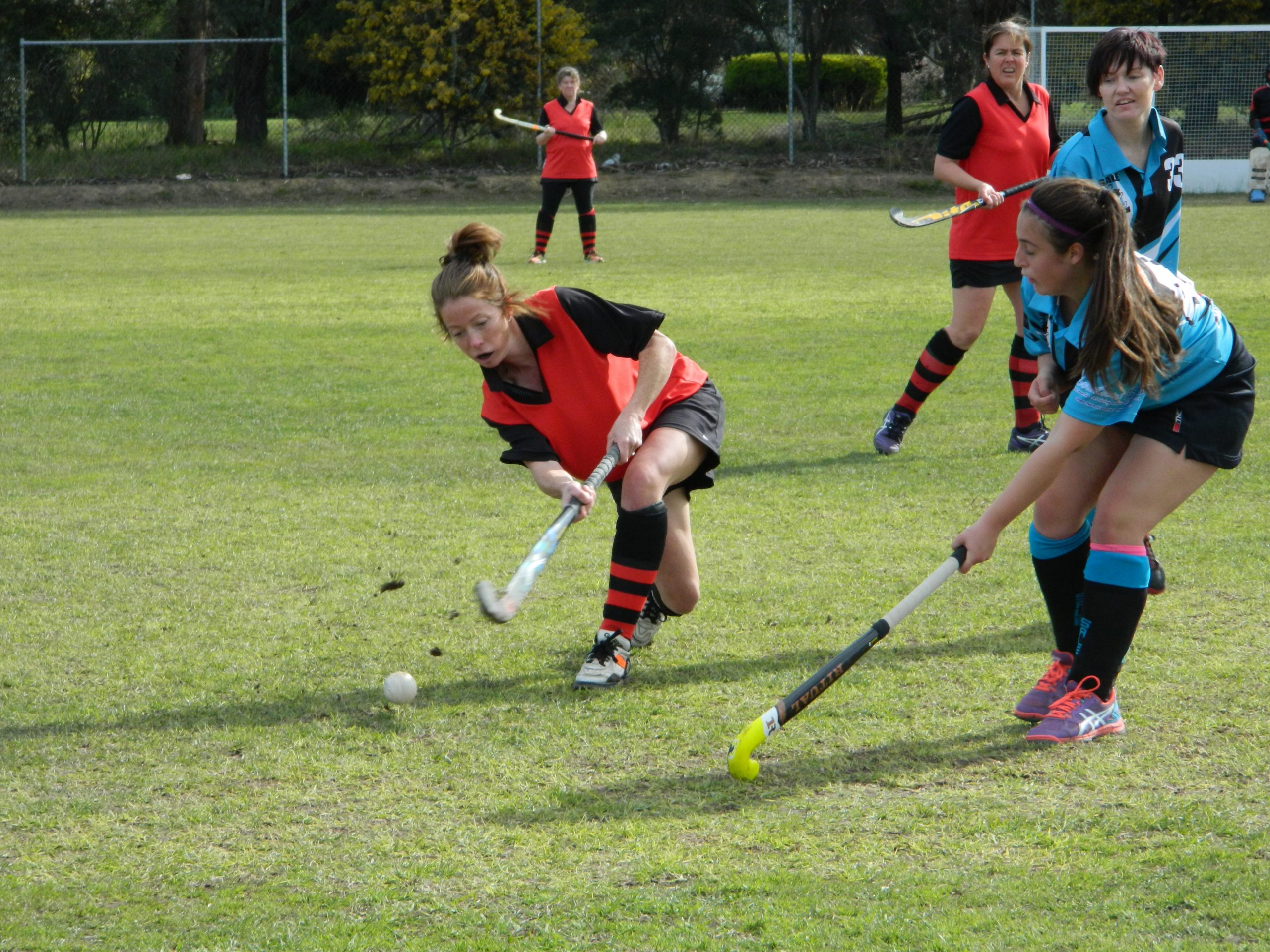 RIVALS Maffra and Sale battled in ideal conditions at the Cameron Sporting Complex on Saturday in the penultimate round of East Gippsland hockey.

The open match was controlled from start to finish by second-placed Sale, which won 5-0. Mark Benfield scored three goals, with one each from Tim Dunnett and Scot Smith.

Maffra won a tight women’s match 2-0 with goals from Ainsley Butcher and Adelle O’Doherty. Maffra continues to maintain the pressure on Swan Reach, trailing the top side by just two points with one round before the finals.

Sale dominated the under 18s match, winning 10-0 to close in on second spot on the ladder. Scot Smith scored four goals, Miles Higgins three, with one each from were Clayton Alcock, Matthew Woodward and Thomas Wrigglesworth.

The day began with two tightly fought top of the table junior matches.

In the under 13s, Maffra took top spot with a 2-0 victory. Ben O’Toole scored both goals.

Sale’s under 15 team lost its first match for the season, with Maffra holding out the ladder leader 2-1. Stephanie Williamson and Jess Cull scored for Maffra, and Ben Burrows responded for Sale.