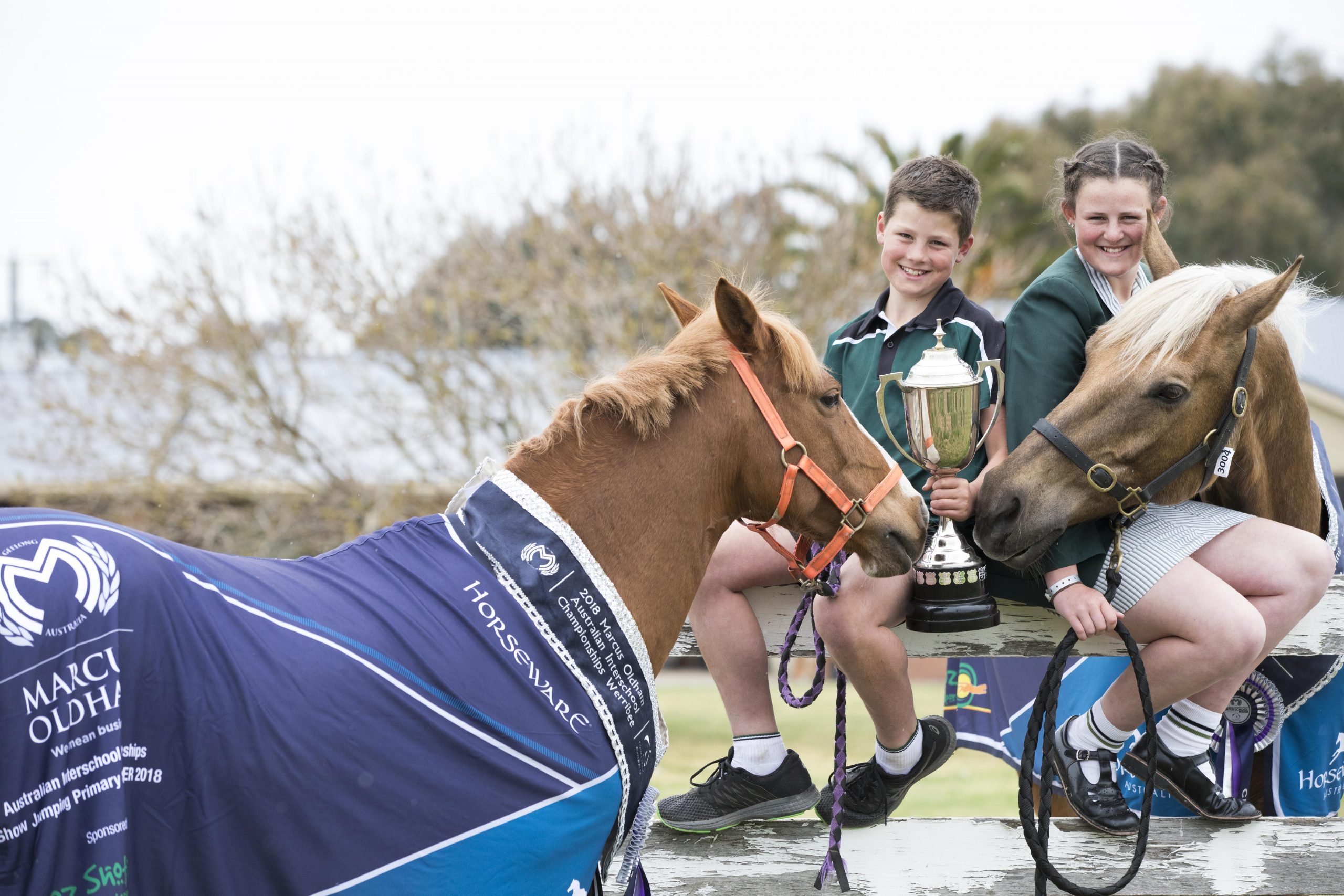 Alice, who is in year eight, won the one metre secondary school class (the same title she won last year), while grade five student Will took out the 80 centimetre primary section.

They were riding as part of the Victorian equestrian which won the coveted Harry le Bherz Perpetual Trophy, the award for the champion state team at the championships, held at Werribee Park National Equestrian Centre over four days of the school holidays.

Will and his pony Linbil Southern Cross were also awarded the overall showjumping trophy, the Finch Farms Show Jumping Trophy, for recording the highest score, 104 out of a possible 105. It was a fine achievement for an 11-year-old who was up against riders aged 18.

The young competitors qualified for the prestigious national event riding for their school at local and state level throughout the year.

Alice qualified in two different events on two different mounts. Her beloved palomino gelding FP Outlaw, who helped her win the title last year was ‘champion of the day’ again.

With a little sibling rivalry and a lot of love for their horses and the sport,

Will and Alice have high hopes for their future.

They both want to make it all the way to the national championships again next year aiming to bring home the silverware again.