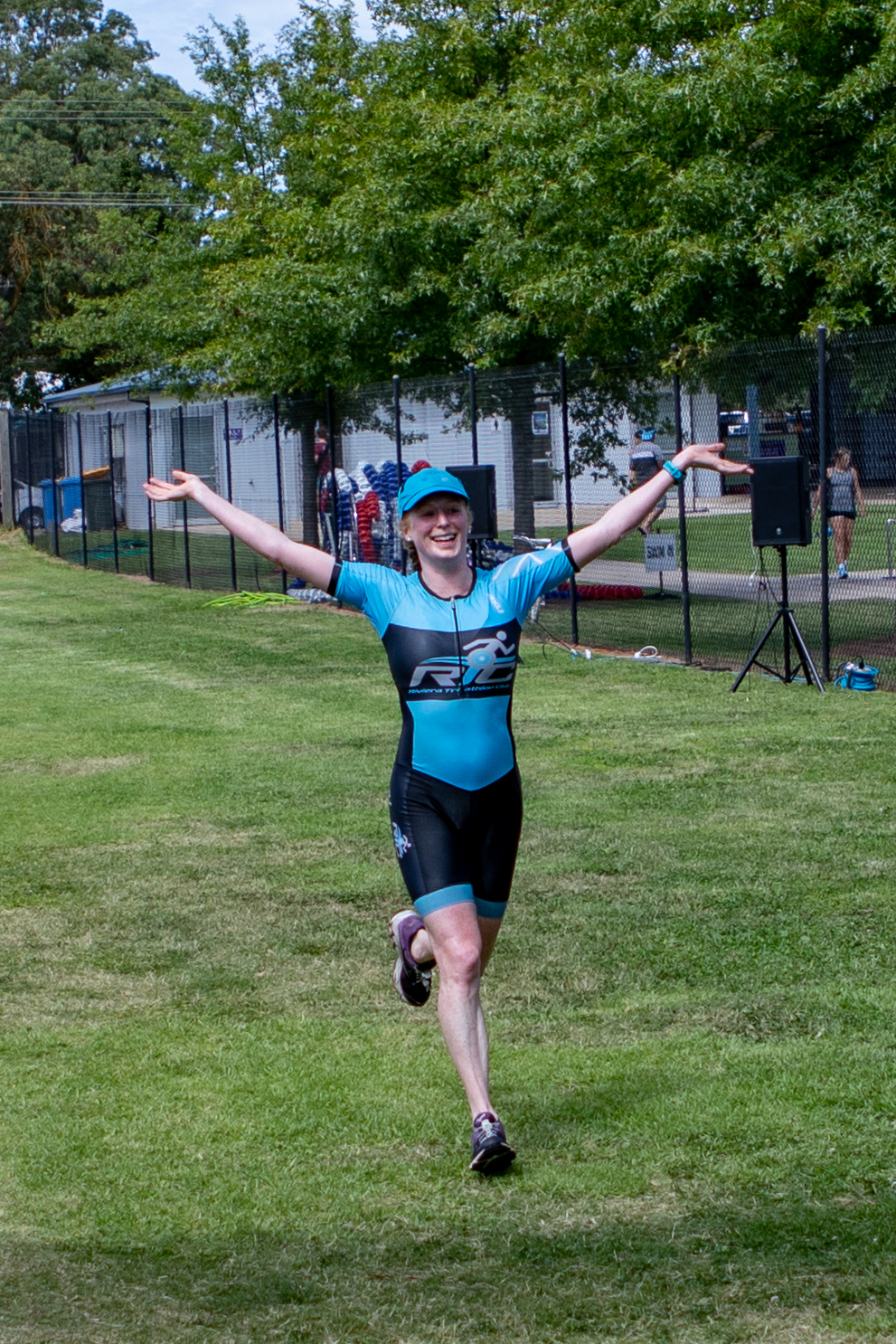 IN its first year, the Maffra Triathlon attracted 230 entries, with organisers touting the event a huge success.

Held under blue skies and in warm temperatures on Sunday, competitors swam, rode and ran their hearts out, in an attempt to beat the clock, their own personal bests, or friendly rivals.

Impressively, about 70 per cent of entrants were first timers.

The teams event had the greatest number of competitors for a triathlon held in Gippsland since the last Paynesville Corporate Triathlon, held in 2015.

Organiser Kerri Goode said it was great seeing so many participants attempting their first ever triathlon.

“The atmosphere was encouraging and supporters really recognised the efforts of every athlete,” she said.

“There was such a sense of pride coming from competitors.

“For a first time event we were thrilled with the support from the local community, and with 230 people participating in the triathlon, we can call it a great success.”