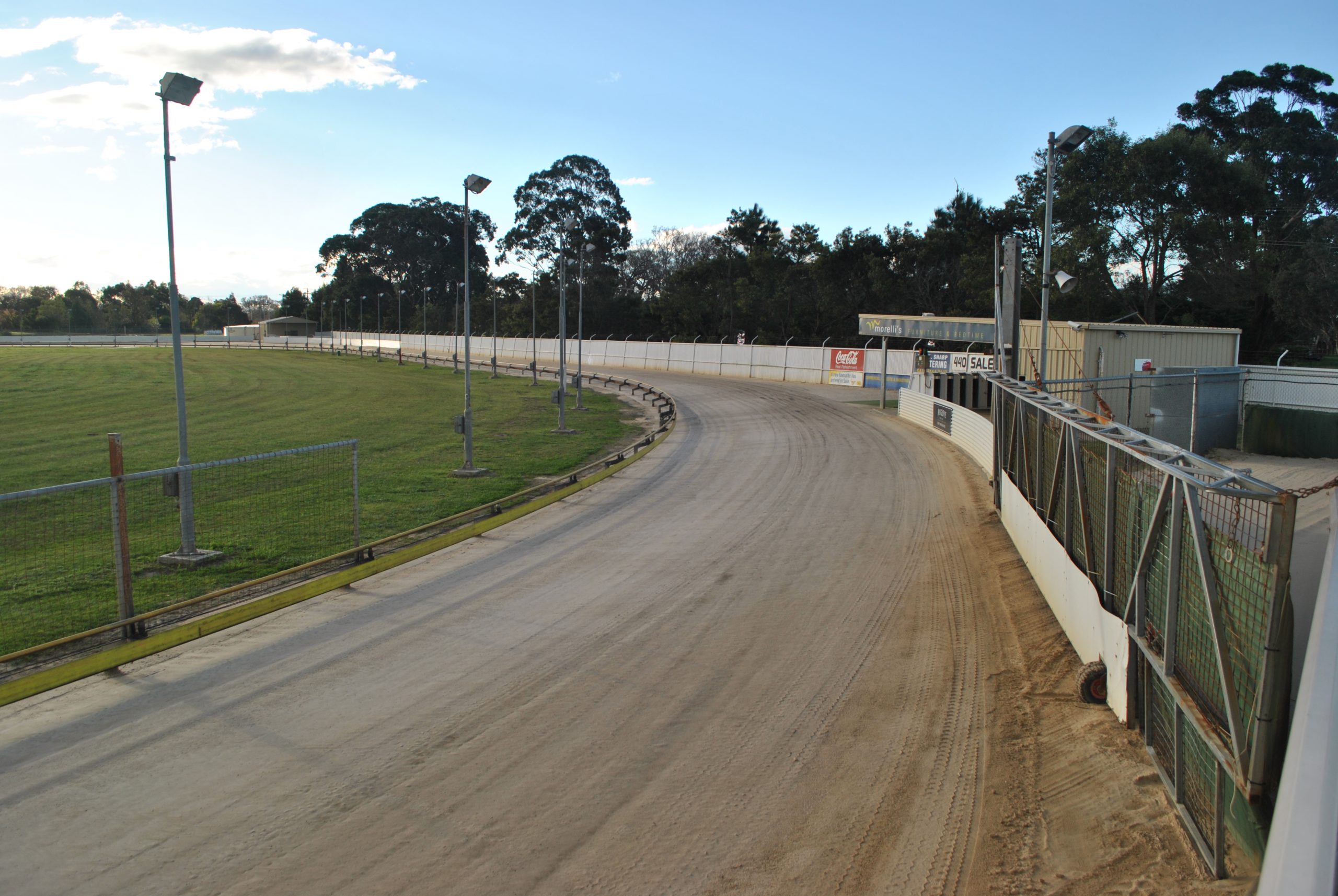 The 440 metre race became a matchrace between William Rose and Bad Guy, trained by Jason Thompson at Pearcedale, with the local dog ahead at the post to claim the $7500 winner’s purse in 25.13 seconds.

Thompson had a good day at Sale, with five of his dogs winning races, including the Vic Greys grade five final over 440m.

Zambora Smokey went straight to the front out of the box to win his sixth race in 10 starts in 24.49s.

The two other place-getters were trained by Chris Johannsen at Devon Meadows, Cranberry Miss and Riverside Dash.

The third heat of another maiden series was won by Wild Card for Thompson in 24.22s. In second place was Dr Santiago, trained at Darriman by Judith McMahon.

Race five, a grade four and five over 440m, won by the fast finishing Taken in 24.89s from Zipping Norton for Robert Camilleri at Lara.

Monkey Wrench brought up a seventh wins from 11 starts for Scott-Smith, claiming race 12, a grade five over 440m, in 25.19s. Beau Gem, for John Connor at Rosedale, was second, with Hird From Bucks, for Lesley Russell at Sale, third.

The first heat of the maiden series was won by Adonic Sands, trained by Leslie Hughes at Giffard.

The dog shot out of box one well to lead to win in 25.17s, more than five seconds ahead of Aston Vuitton, for Tanya Sincock at Catani, who just pipped Our Katie Rose, trained by Jeff Chignell at Rosedale, for second.

The second heat was won by Omega Tyson, trained by Harper, in 25.14s. Tiger Titan, for Gavin Clifton at Tynong North, was second, nearly eight seconds behind.

The omen tip of the day prevailed in race nine, the grade six and seven over 440m, with Corona Cold, trained by Johannsen, worked out of trouble on the back straight to win in 25.3s. Hayley Hook finished second for Charlie Galea at Hazelwood North, with Speedy Bella, for Leslie Hughes at Giffard, third.

Spolly Bear won race 11, a grade five over 440m, for Steve Spoljaric at Kilmany. The dog avoided the trouble to win in 25s, nearly six clear of Destini Trucker, trained by Ronald Winter at Denison.

Greyhound racing will continue at Sale on Thursday and Sunday.