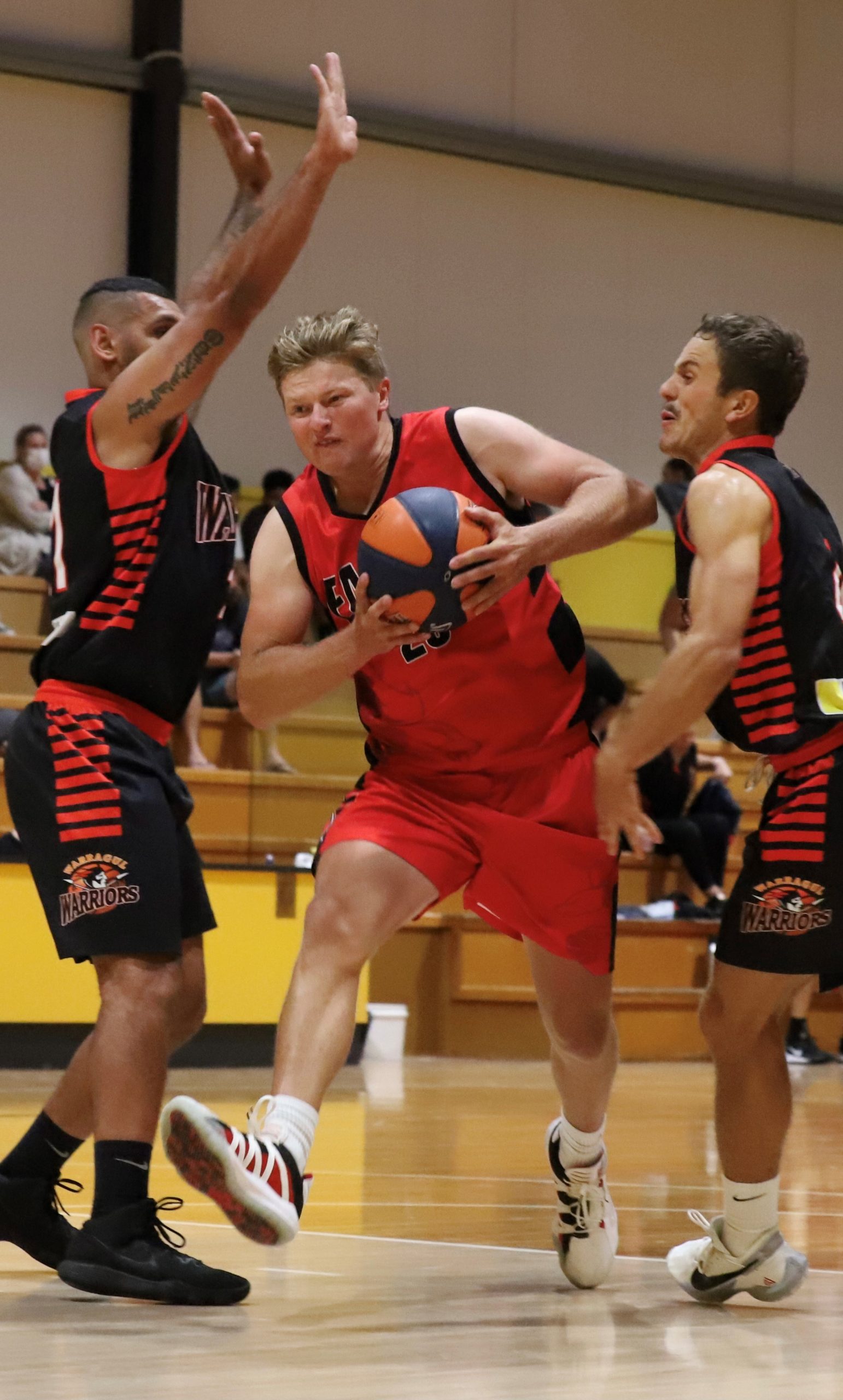 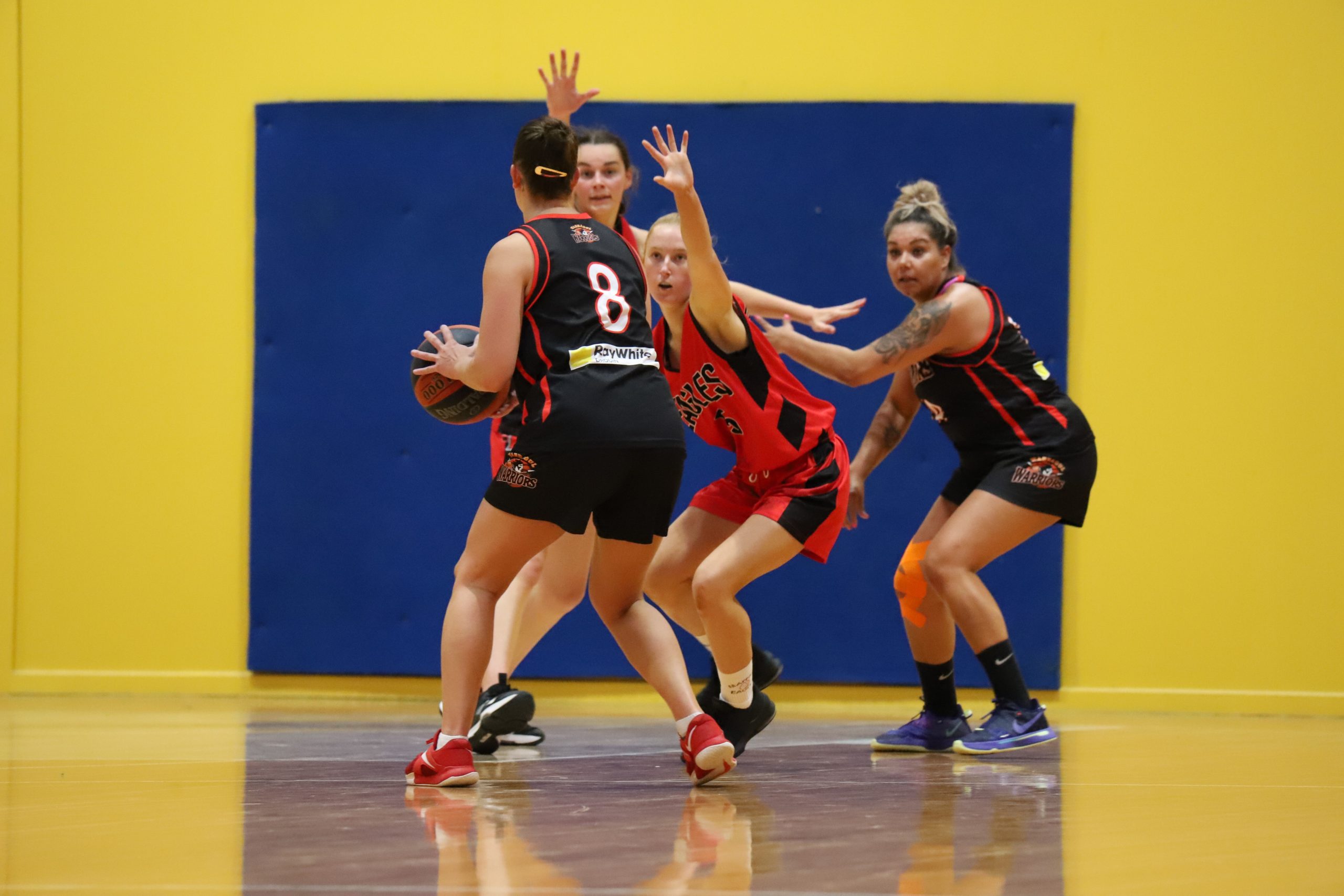 IT was a case of celebrate and heartache for local Country Basketball League teams at the weekend.

In the first half of Maffra’s round five double header on Saturday night, Warragul traveled to the Cameron Sporting Complex to take on the Eagles.

Maffra’s women took to the court first, and the young team put up a decent fight against the third-placed Warriors, but eventually lost their grasp on the game to relent a 54-81 loss.

Highlights included two three-pointers each from Emerson Connolly and Maddison Davis, Alex Gallatly’s defence (which included an impressive steal in the closing minutes of the game) as well as 10 points slotted by a towering Julie Foat.

Maffra’s scoring seemed to be spread fairly evenly between the team, whereas the majority of the Warriors’ points came from Tanarly Hood (19 points), Dallas Loughridge (17), and Myah Healey (18) and Mikaela Dickson (14), who both shot four gutsy three-pointers.

Up next, it was the men’s turn – the Eagles managed to inch out ahead when it counted to get across the line 91-82.

It was a tight turnaround to process the games’ nuances, as on Sunday, the Eagles travelled to Korumburra to back up Saturday’s efforts.

In a much closer match, victory was within grasp for Maffra’s women, who finished seven points short of claiming the game in its thrilling dying minutes. Unfortunately, it was a case of being so close yet so far, as the Wildcats held the game 59-66.

This time, there were breakaway offensive performances; the Wildcats were unable to shut down a determined Paige Biddle, who scored 23 points – nearly 40 per cent of Maffra’s total – and Victorian National Performance Pathway recruit Jaime Gallatly, who slotted her own impressive 18 points. Maffra’s men managed to back up their intense Saturday performance with a 91-82 victory.

Whelan returned with an encore – in fact, it was the Sam Whelan show. He had a field day at the Korumburra Indoor Recreation Centre, shooting 42 points, including 11 three-pointers.

Burgiel was the second highest scorer on a commendable 21 points, and Elliot Hunt scored 10 for the away team.

Maffra’s women will be hoping for a repeat round two performance during round six, when they take on Lakes Entrance at home.

Earlier in the season, the Eagles gave the Pelicans a 90-26 thumping, and it only got worse for the competition’s most eastern team, which has not been able to contain its opponents’ scores to under three digits since.

There will be no love lost when the Eagles’ men travel to Latrobe Leisure Churchill to play against the Blue Devils on Valentines Day.

The basement-dwelling Blue Devils will not be looking forward to hosting the Eagles’ men, who have just solidified their top spot on the ladder after their two wins.

THE Sale Sonics travelled nearly two hours but couldn’t catch a break at Korumburra on Saturday.

The Wildcats let the Sonics get a whiff of victory, before dancing off with a 76-60 win at the final buzzer.

Harper Fraser put in an admirable effort for the Sonics, scoring 17, and was joined by Josh Backway (11) and Ben Dessent (10) on Sale’s highest scorers list.

The fifth-placed Sonics will be looking to put some distance between itself and sixth-placed Pelicans during round six, when Lakes Entrance travels to the Gippsland Regional Sports Complex this Saturday night. Tip-off is at 7pm.