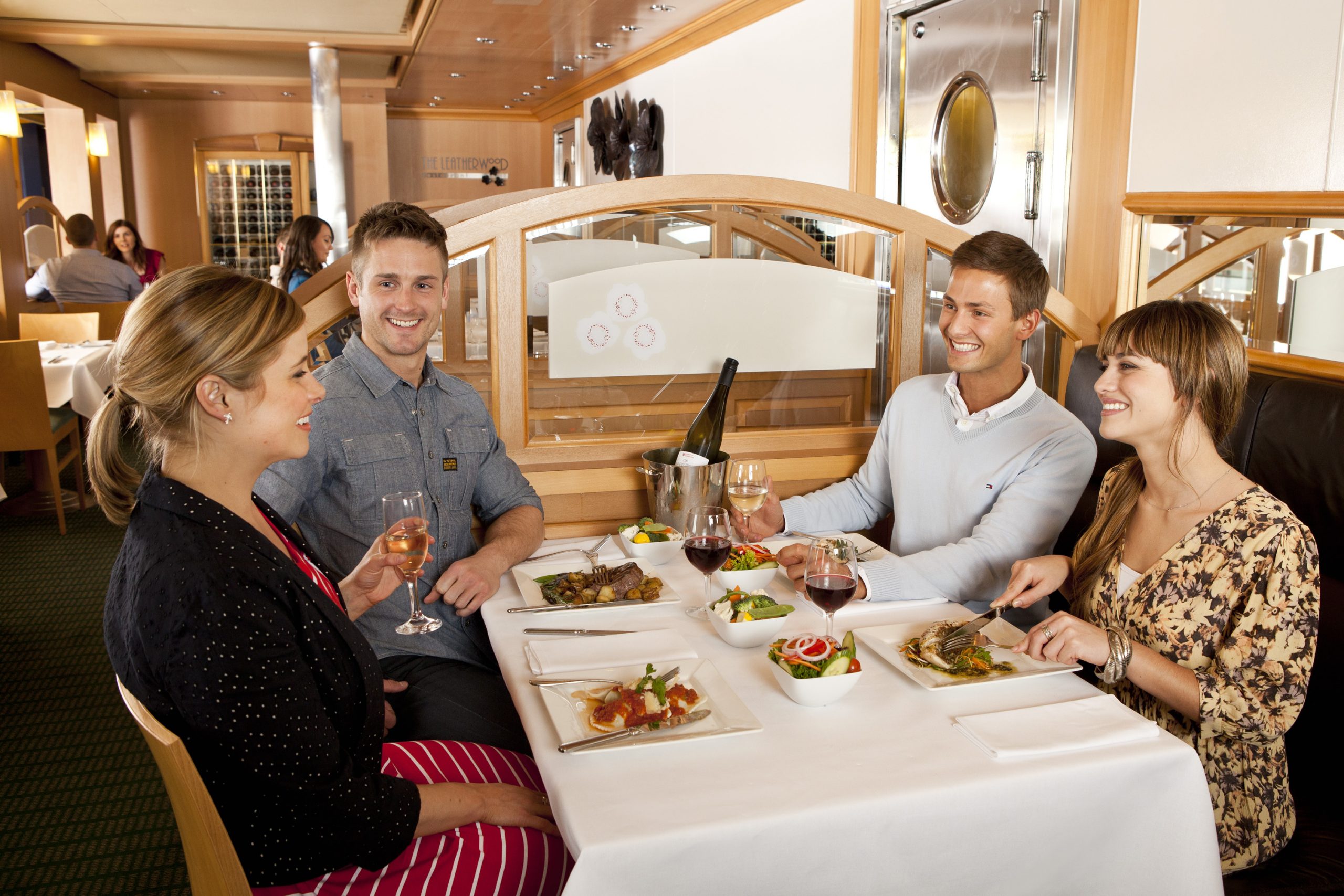 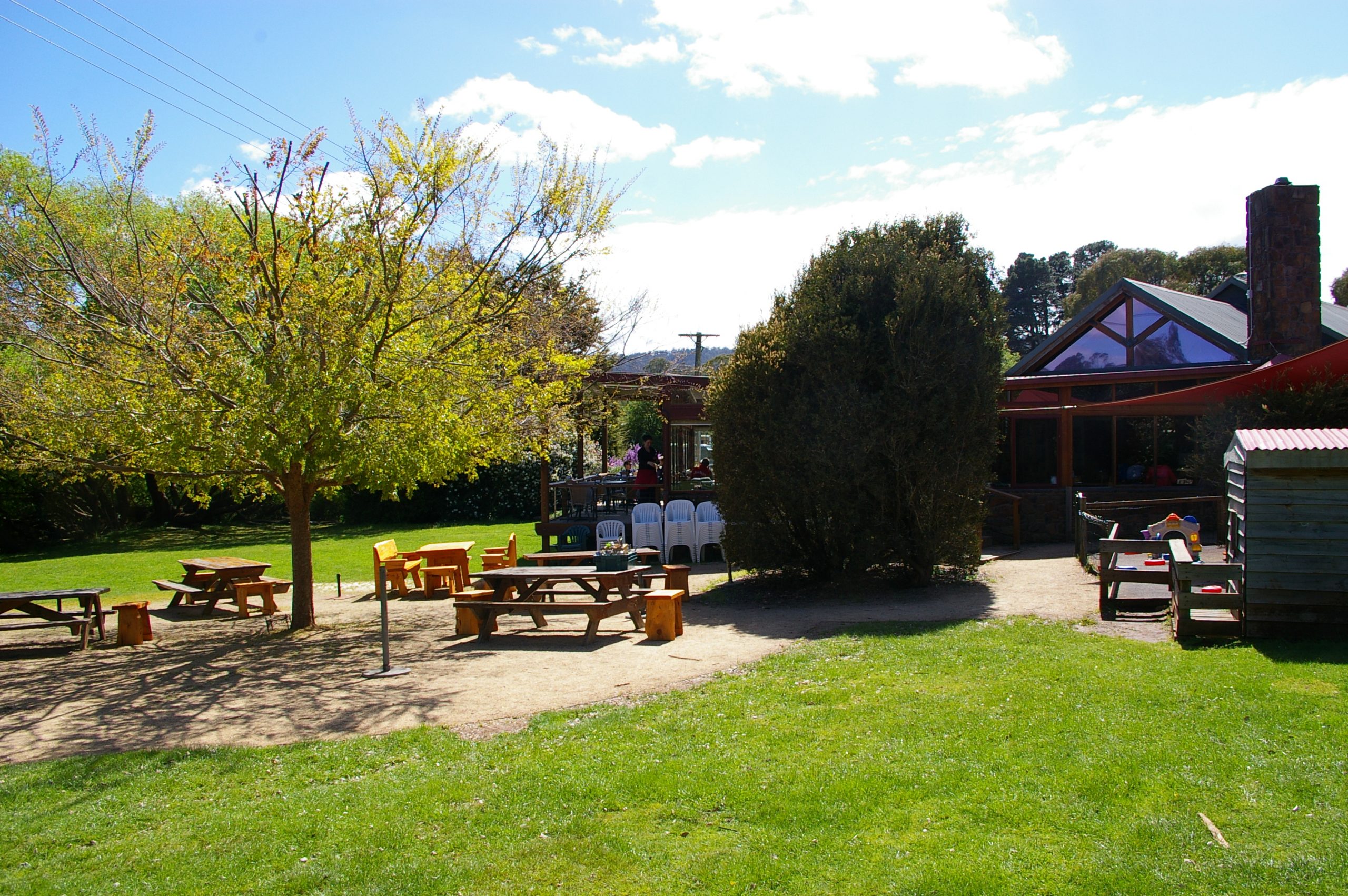 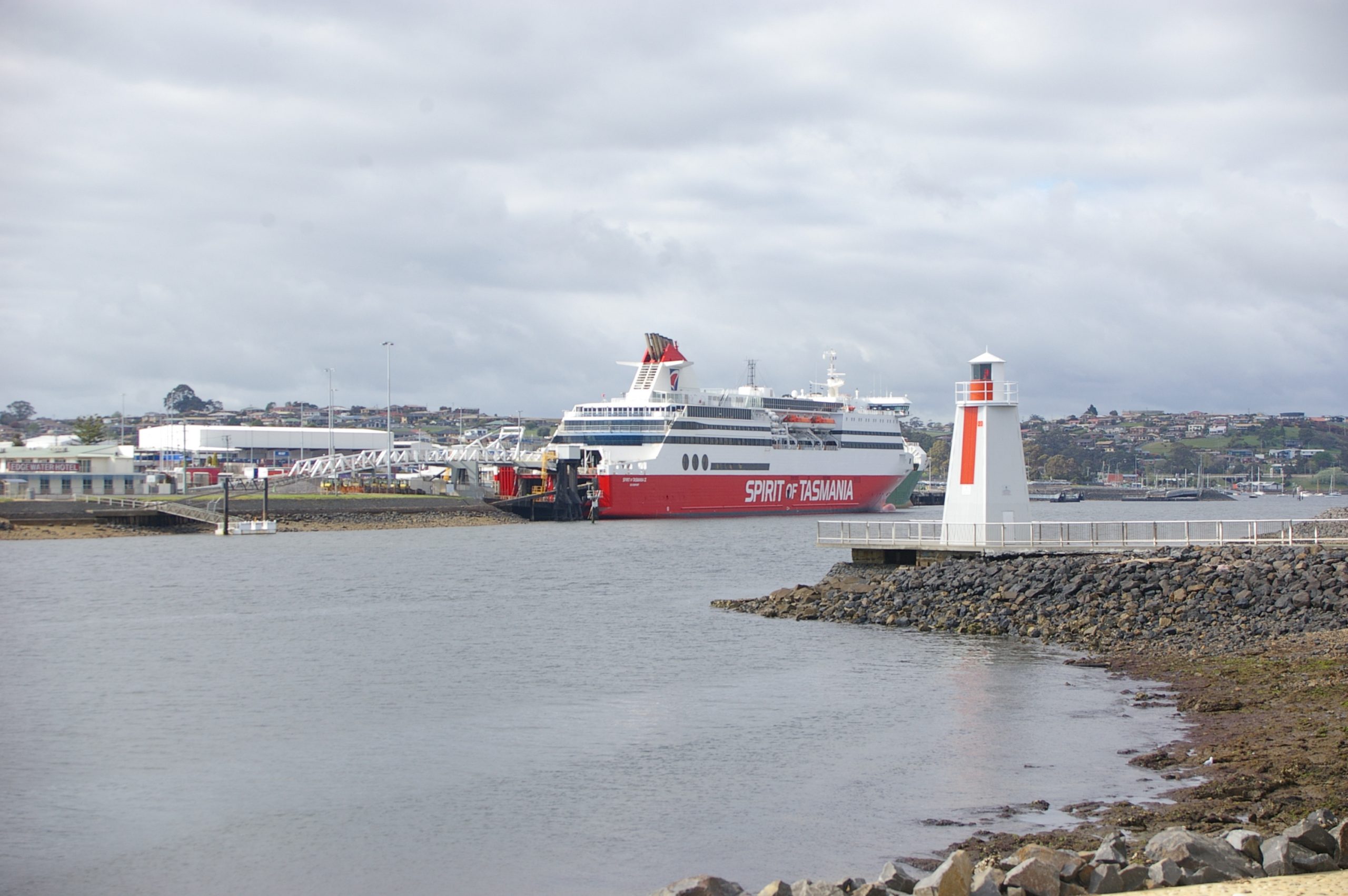 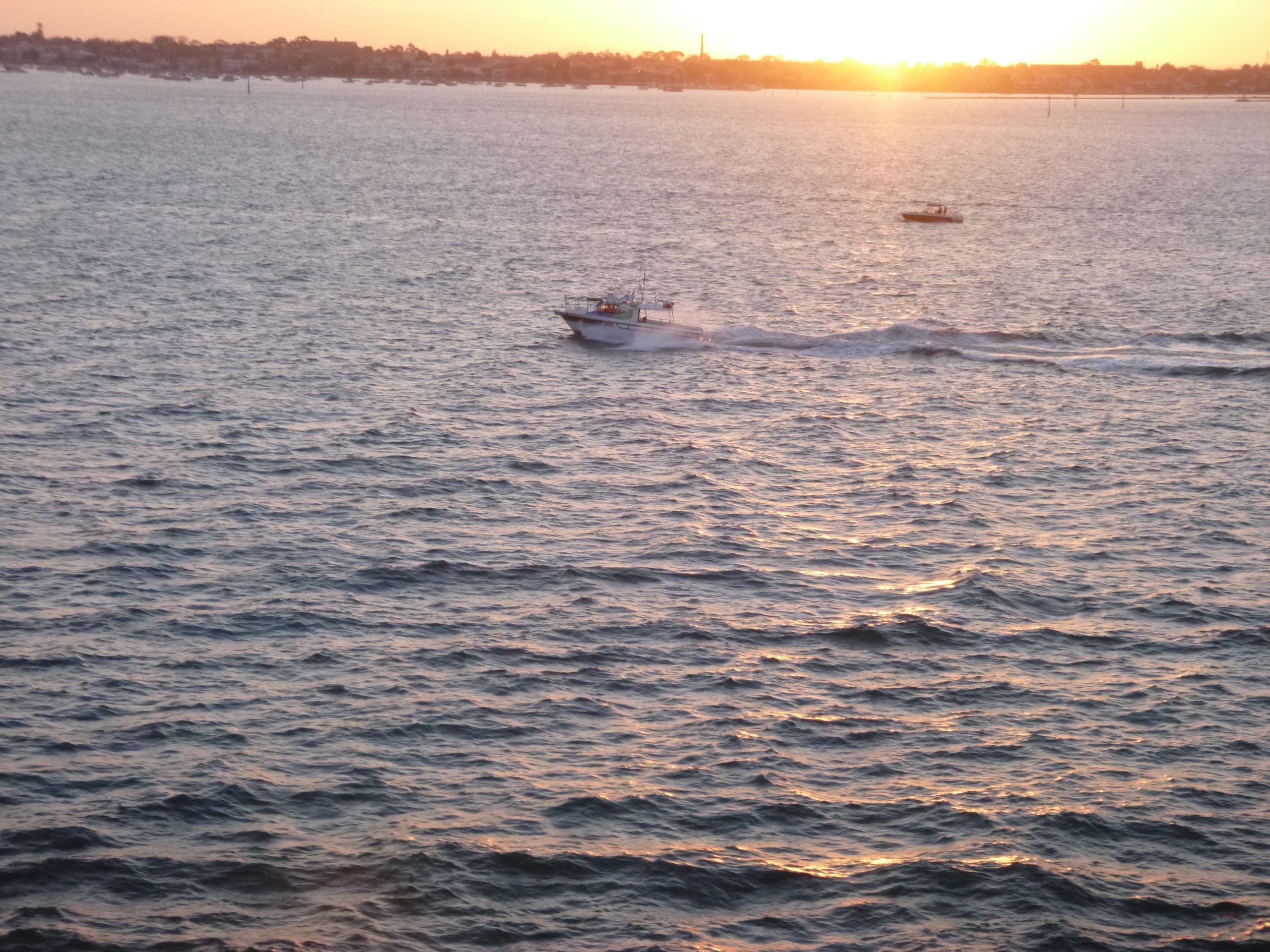 Sometimes it is difficult to know just when your holiday begins.

On our recent vacation to Tasmania I knew immediately, it was the moment the stress of driving through Melbourne’s chaotic traffic lifted from my shoulders.

It happened while we lined up to drive our car onto the Spirit of Tasmania 2.

I had never looked at Station Pier as a bulwark against the stresses of a working life, but that Saturday in October it was.

Normally a drive from Gippsland to Port Melbourne is a straightforward affair down the Monash Freeway and CityLink but I had decided to catch up with family members north of the city and unwittingly drove into a monstrous traffic jam caused by roadworks near the Melbourne Exhibition Centre.

Finally free of the traffic bottleneck, we drove onto the pier where security personnel asked if we were carrying firearms, weapons, flammable liquids or gas/butane cylinders. Similar enquiries can be expected at any transit station or airport.

Significantly, we were also warned fruit and vegetables could not be taken to Tasmania in order to ensure its significant horticultural industry retains its disease and pest free status.

Once past the checks we were given our boarding pass, which included our cabin details, directed into lanes determined by size of vehicle and waited close to the head of the queue ready to drive on board.

After watching larger vehicles, caravans and trailers load, we were ushered by the stevedores past semi-trailers strapped securely to the deck, and down into the depths of the Spirit’s vast hold.

Parking our car was far easier than I had anticipated; clear directions and ushering by the crew made it an easy task.

We grabbed our overnight bags, noted on our boarding pass which deck our car was garaged on and ascended on the internal lift to deck eight to find our cabin.

Once again everything was made easy through friendly crew members pointing us in the right direction.

We enjoyed exclusive use of a four berth cabin, with what was officially described as having limited view, but was in reality a view of deck seven below and the ocean beyond the life boats suspended outside our porthole.

If only the view from my work space was as interesting.

A quick survey of the ensuite facilities, with some time spent discovering the intricacies of the combined temperature and flow controls of the shower, assured us we would have a fresh disembarkation in the morning.

Having some time before departure, we explored the on-board facilities, noting the free cinema program with two screenings, and checking the gift shop for mementos and bargains.

There were a number of weatherproof jackets on special that were particularly attractive as well as the postcards we intended to send to friends once on the island.

One facility we should have spent more time investigating was the Tourism on Board shop where we could have pre-purchased the national park passes, something that become a necessity later when the urge to explore some of Tasmania’s unspoilt natural wonders became too great to resist.

A wiser traveller would have taken the advice of the on board tourism consultant, and the array of brochures, to plan the following days more thoroughly, but sometimes a flexible itinerary can lead to unexpected delights and discoveries off the beaten track.

We wandered the various decks, checking out the bars on decks nine and 10, which afforded views across Williamstown and Port Melbourne, while we watched a yacht glide gently towards Brighton and determined snapper fishermen anchoring close to the main shipping channel.

As the sun sank beyond Williamstown we settled on taking in the view of the shore lights glimmering from the Spirit Bar, at the stern of deck seven.

After considering the options of snacks at the Spirit Bar or a meal at the self-serve Captain’s Table carvery, we decided to enjoy a three-course meal at the Leatherwood Restaurant.

With attentive waiters and a menu of Tasmania’s finest fare, this proved a winner and, as we discovered on our return voyage, booking a table can be advisable given its reputation for value and quality food.

Entr es of a Tasmanian tasting plate and a grilled eggplant rotolo were delightful.

Our main courses, pancetta wrapped chicken breast with charred asparagus, and tenderloin of beef, saut d mushrooms on chive mash were equally delectable, and the beef easily among the most tender I have eaten. Be warned the side serve of steamed vegetables is more than sufficient for two and remarkably crisp and flavoursome.

The vegetarian option of caramelised leek, kumara and feta tart looked delightful but, when tried on our return, lacked a little in taste, the feta perhaps not sharp enough to stand out over the leek.

Desserts of citrus cheesecake and a selection of Tasmania’s finest cheeses were a sumptuous finale to one of the most enjoyable meals we have experienced in many months.

Before retiring to our cabin we enjoyed a nightcap of Moore’s Hill merlot back at the Spirit Bar, watching the lights of Queenscliffe glide silently past.

I noticed the transition from Port Phillip Bay to Bass Strait only as a slight change in the ship’s motion, which soon became a restful accompaniment to sleep.

An awakening call at 5.50am roused us from our bunks, ready to collect our car and drive off to discover Tasmania’s delights.

A note of caution, while disembarkation may begin about 6.30am, don’t make any bookings for an extremely early breakfast as clearing the necessary quarantine check can take some time.

In our case it took until 7.50am, as some travellers had obviously ignored the questions asked on boarding and needed to unload fruit and vegetables buried deep in their vans, delaying all those behind.

We had planned breakfast at Christmas Hills Raspberry Farm, Elizabeth Town, an easy 30-kilometre drive from Devonport down the well signposted Bass Highway.

The raspberry farm was established in 1984 and its restaurant caters for every raspberry craving imaginable.

An extensive choice of breakfasts was available, with my companion selecting homemade crumpets with raspberry jam and English Breakfast tea.

The tea was real, loose leaves in a pot, not a soggy tea bag, ensuring a fresh, reviving boost.

My cooked breakfast of poached egg, smoked salmon, wilted spinach, tomato and mushrooms with raspberry hollandaise more than set me up for a long day’s drive.

The restaurant was to be a return destination on our travels, with an afternoon tea enabling enjoyment of the lake and gardens, and purchases of chocolate-coated raspberries and raspberry vinegar made before heading back to Victoria.

Having our own car proved its worth many times in the coming days, with the ability to divert off the main routes, leading to discoveries of bargains for antique collectors and sights that would not have been otherwise possible.

It also enabled us to take home a number of collectables, a collection of Tasmanian spirits, wines and beers and a stock of Christmas gifts for our family without excess baggage charges.

The Spirit of Tasmania is currently offering day travel with adult fares starting from $75 per person each way for travel between January 18, 2015 to March 2, 2015.

The offer ends November 29 unless sold out prior.

The writer travelled to Tasmania courtesy of Spirit of Tasmania.

Another instalment next Friday.